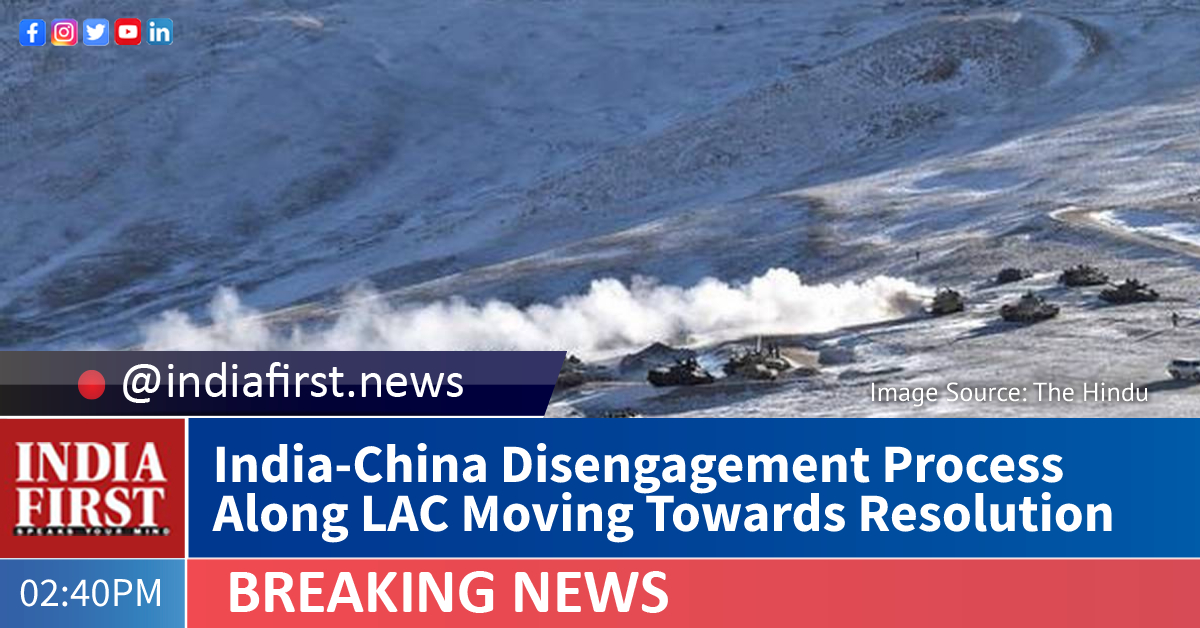 India and China have agreed to resolve the outstanding issues aimed at disengagement along the Line of Actual Control (LAC) in Eastern Ladakh, thereby paving the way for complete de-escalation, the Indian government said yesterday.

“The two sides agreed on the need to resolve the outstanding issues in an expeditious manner in accordance with the existing agreements and protocols,” a government statement said.

Talks between Indian and Chinese military delegates were held at Chushul on April 9 to discuss the next phase of disengagement in Eastern Ladakh, which lasted for 13 hours.

The 11th round of Corps Commander-level talks at Chushul took place after a nearly two-month gap. The Indian military delegation was led by Lieutenant General P.G.K. Menon, the Commander of 14 Corps based in Leh.

The two sides had a detailed exchange of views for the resolution of the remaining issues related to disengagement along the LAC.

“It is also highlighted that completion of disengagement in other areas would pave the way for the two sides to consider de-escalation of forces and ensure full restoration of peace and tranquility and enable progress in bilateral relations,” the statement said.

As the India-China military tussle completes almost a year, tensions remain along the borders, even after the successful disengagement process in Pangong Lake. Tanks and troops from both sides have pulled back and there is no eyeball-to-eyeball confrontation, but the buildup across Eastern Ladakh continues.

After the recent talks, the two sides agreed that it is important to take guidance from the consensus of their leaders, continue their communication and dialogue and work towards a mutually acceptable resolution of the remaining issues at the earliest.

India and China are engaged in a year-long standoff along the LAC. The confrontations began on the north bank of Pangong Lake, both in the waters and on the banks, as Chinese incursions increased in early May last year.