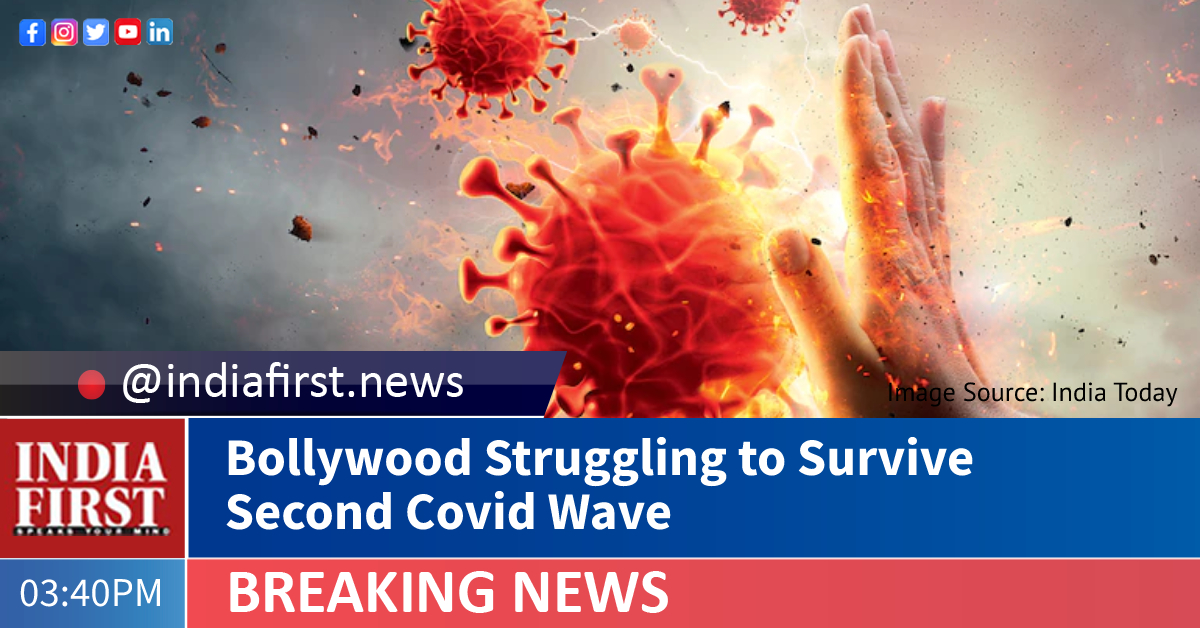 The second wave of Covid has hit Bollywood hard, and an already paralysed film industry is left looking for solutions of survival that don’t seem to exist at the moment.

Over the next three months, Bollywood has around Rs 1,000-1,200 crore riding on films that had been scheduled to release in theatres, rough trade estimates say.

When the lockdown was lifted, many big, medium and small films had grandly announced release dates, from March to the year-end. While the films that saw theatrical openings in the immediate weeks following lockdown – notably “Mumbai Saga” and “Roohie” – fared below what they might have done in normal times, the ones that were scheduled to release over the next months are burdened with further delay, and the repercussions that come with it.

Among the earliest big films that hit a roadblock are Rohit Shetty’s Akshay Kumar-starrer cop drama “Sooryavanshi” and Rumy Jafry’s Amitabh Bachchan-Emraan Hashmi starrer thriller “Chehre”. While these films have failed to keep their date with the box office as scheduled over the next few weeks, Salman Khan’s “Radhe”, originally said to be slated for Eid 2020, and then pushed to Eid 2021 (in May), could now move to Eid 2022, state unconfirmed trade reports.

Even as other biggies as Kabir Khan’s cricket drama “83”, starring Ranveer Singh, are pushed back again, whispers suggest a few of the biggies could consider going straight to OTT, to thwart further losses owing to delay.

Delaying a release is never a simple issue for the film trade. The financial drain includes interests accrued on investment and the necessity for fresh investment in ‘P and A’ (publicity and advertising, in trade jargon) when the film is finally released. Besides, films have a way of losing curiosity value among the audience if they lie unreleased for a long time, and trends change with every passing week. Also, closure at this point means the exhibition sector doesn’t get the chance any time soon to recuperate from last year’s losses.

To start with, filmmakers spend crores trying to promote their film and all of it goes to waste when a film doesn’t release on its stipulated date.

“You spend on promoting and that goes for a toss. Then you have to redo all those expenses. It unnecessarily increases the marketing budget, which you cannot control. That leaves a big hole. For certain filmmakers who depend on production houses, recoveries get delayed and so does the revenue. The period for which the amount has been invested extends, the cost of money or the interest rate that you need to pay gets bigger. That adds to the budget,” said producer Girish Johar.

Trade analyst Atul Mohan said: “Whenever a project is delayed, 10 to 15 per cent of the budget is lost. You need to reschedule dates. You have to pay interest on the budget. For a 100-crore film, 15 to 20 crore worth interest is charged in a year.”

In the Covid era, medical costs have escalated budgets, too, as precaution on the set is of utmost importance.

“In under-production films, you have to ensure that medical protocols exist. Insurance has to be done. Medical equipment has to be made available. All this comes at a cost. Despite taking precautions, we are not sure that the efforts will yield results, because of the nature of the pandemic. It’s a nightmare and we have been struck very hard this time,” says Johar.

There is also the issue that a film releasing late might lose its relevance and not make the desired amount at the box office.

“A fatigue factor sets in. The audience might not like what they are liking now. We are in a dynamic world and entertainment is being consumed fast. The changing speed is quite fast. It’s a big challenge to overcome that,” he says.

While moving to an OTT platform to release a film might seem like a natural solution, the economics of such deals don’t always add up.

“While films are sold at a premium price when they release directly to OTT, the money that they make may or may not be as much as what they would have made had they had a theatrical release, as OTT offers depend on the box office performance,” says Mohan.

According to trade experts, a film such as “Sooryavanshi” could make close to Rs 200-300 crore at the box office. Plus, they would have easily earned around Rs 25 crore from OTT, Rs 25 crore from overseas and Rs15-20 crore from music, if not more. So, on an investment of 125 crore, the film could have fetched at least Rs 300 crore if it did well. This may not be the case now.

Exhibitors have their own story to tell. They look at the select films that are doing well, to strike a note of optimism.

“We have seen bad days but after November, once cinemas opened, we saw an improvement. The last was ‘Godzilla vs Kong’. Even today all my shows in Hyderabad were housefull. Even in Delhi, the Pawan Kalyan film (‘Vakeel Saab’) is doing reasonably well. ‘Chehre’, ‘Bunty Aur Babli 2’, ‘Sooryavanshi’ will eventually be released. There are 30-odd days that have held us back,” says Kunal Sawhney, senior vice president, Carnival Cinemas.