Covid-19 Affects 44 Staffers of Supreme Court, But Not its Functioning | India First e Newspaper Skip to navigation Skip to content 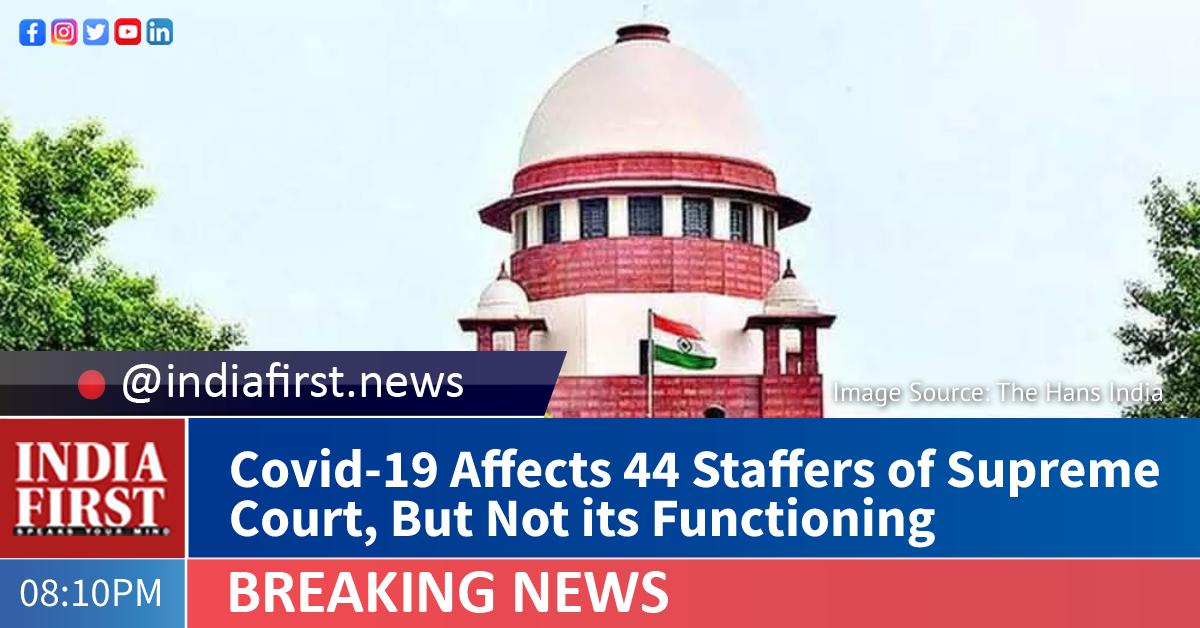 The surge in cases amid the second wave of Covid-19 has hit the Supreme Court with several of its staff testing positive for the viral infection.

According to sources familiar with the development, 44 people have tested positive for Covid-19 so far in the past one week. A top court official, however, dismissed some media reports suggesting that nearly 50 per cent of Supreme Court staffers have tested positive.

However, the top court’s functioning has not been affected in any way. The source added that there nearly 3,000 staffers in the top court.

Today, benches did not assemble in courtrooms to take up cases, but instead conducted virtual hearing from their home-office. The court proceedings began an hour later from the scheduled time.

Senior officials have confirmed that there is no panic in the top court and everything is progressing in business as usual. “Judicial work has not been affected by these cases,” said a source in the top court familiar with the developments.

Usually, some judges have been coming to the apex court premises to conduct hearings, but a few have been taking up cases from their residences so far. The top court has also come out with two separate notifications in this regard.

One of the notifications said today, the top court benches, which used to assemble at 10.30 a.m. and 11 a.m., would assemble one hour late. A sanitation drive would be carried out on the entire court premises, including courtrooms, and the judges will take up matter virtually from their residences.

According to the other notification, physical mentioning of cases for urgent hearing by advocates have been suspended from today until further orders.

Around 10 lakh new cases have been reported over the past week, as India faces exponential rise in Covid positive cases. Today was the sixth consecutive day it reported over a lakh daily cases with 1,68,912 new infections – the highest daily surge so far. According to the Health Ministry, 904 people have succumbed to the viral infection in past 24 hours.