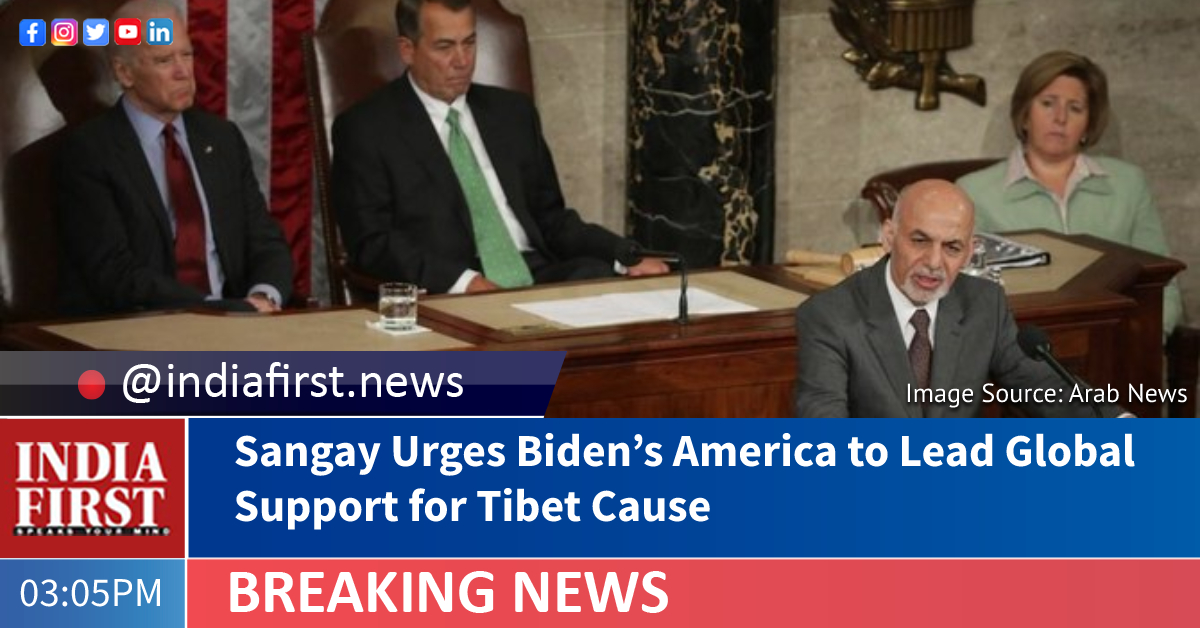 Central Tibetan Administration (CTA) President Lobsang Sangay said that the administration of US President Joe Biden should appoint an envoy to Tibet, who will not only “access the ground situation but will also future play a pivotal role in arriving at a solution acceptable to all”.

Sangay made the remarks in an interview with Nadir Ali, Director of the Centre for Peace and Justice (CPJ), on the prevailing situation in Tibet, while also discussinG about the pragmatic and acceptable solution for the problem.

According to the CTA President, long-lasting peace and prosperity for Tibet can only be achieved by seeking the middle-way policy as suggested by Tibetan spiritual leader, the Dalai Lama.

“We want a peaceful and meaningful settlement of Tibet in accordance to the aspirations of Tibet, a settlement which will be acceptable and beneficial for both China and Tibet,” he said.

In response to a question regarding the US’ role in resolving Tibet issue, Sangay said: “Tibet has been for 60 years now struggling for securing rights, in the past we have seen very little being done.

“The US in response to the gross human rights violations and cultural assimilation, have recently passed the Tibetan Support and Policy Act of 2020, which has been a source of hope for Tibetans across the globe. However, the job is not done yet.

“In my humble opinion, the US being the world leader should appoint an envoy to Tibet. This would not only be helpful in accessing the ground situation but will in future play a pivotal role in arriving at a solution acceptable to all.

“The US under President Biden should be the torchbearer for the cause of Tibet, and urge the world leaders for working towards the amicable solution.

“The US can play an active role in taking confidence building measures for acceptance of middle way solution as suggested by the Dalai Lama.

“If the US was to succeed in building the confidence it would mean a world of difference for Tibet. Tibetans will get to play the part in shaping their destiny. The freedom of following their religion, preserving the language and culture and preventing and conserving their ecology which is closely associated with religion.”

Sangay also urged the international community to come forward for the Tibet cause and build towards arriving at an amicable solution.

“It is the responsibility of all the peace-loving nations across the globe to help the people of Tibet.”

He also said that China should act with responsibility and if it has to declare its position on the world stage, “it should in the least settle the long pending issues within its own borders first”.

The CTA President further noted that appointing and sending the envoy will not only boost the Tibetans and give them a new hope but it will also send a clear message to China that the peaceful solution is an implicit condition for the prosperity of all.

“I am very optimistic about the future and I am sure that with the blessings of the Dalai lama, we will be successful in our pursuit towards building a peaceful and prosperous Tibet as envisioned by Him.

“I am hopeful that the world community will continue to support Tibet and Tibetans for their legitimate struggle for prosperous and safe future,” he added.