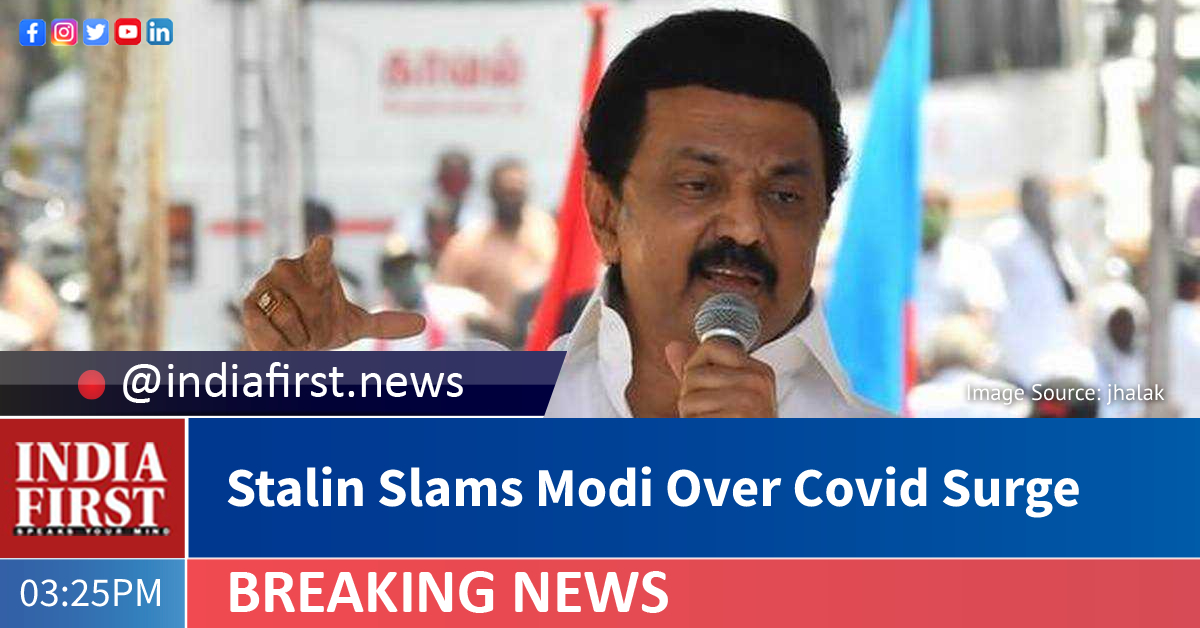 DMK President and party’s Chief Ministerial candidate M.K. Stalin has come down heavily against the BJP government at the Centre and the policies of Prime Minister Narendra Modi in particular on the second Covid surge in the country.

Stalin in a statement released yesterday said the Prime Minister is more interested in celebrating the vaccination as a “festival” and slammed Modi for not taking the issue to the roots. He said that the Prime Minister is busy in electioneering in West Bengal and not doing anything to contain the Covid surge.

The DMK leader said that the AIADMK government in Tamil Nadu is equally responsible for the spread of the virus and said that the government has not done anything to create awareness among the public.

Stalin said that the virus is spreading like “wildfire” and called upon Universal vaccination to prevent the surge. The DMK leader criticised the Modi government’s policy of exporting 5.84 crore doses of vaccine and said: “The Modi government’s callous dealing of the matter has led to the spread of the virus across Tamil Nadu and the country and urgent measures have to be taken to contain the disease.”

He also said that only 40.21 lakh vaccine shots, including 35.67 lakh first shots were administered in Tamil Nadu and added that the Centre and state government has failed to create proper awareness among the general public to take the jab.

The DMK leader also called upon the Central government to provide enough vaccines to the state so that all people are inoculated.