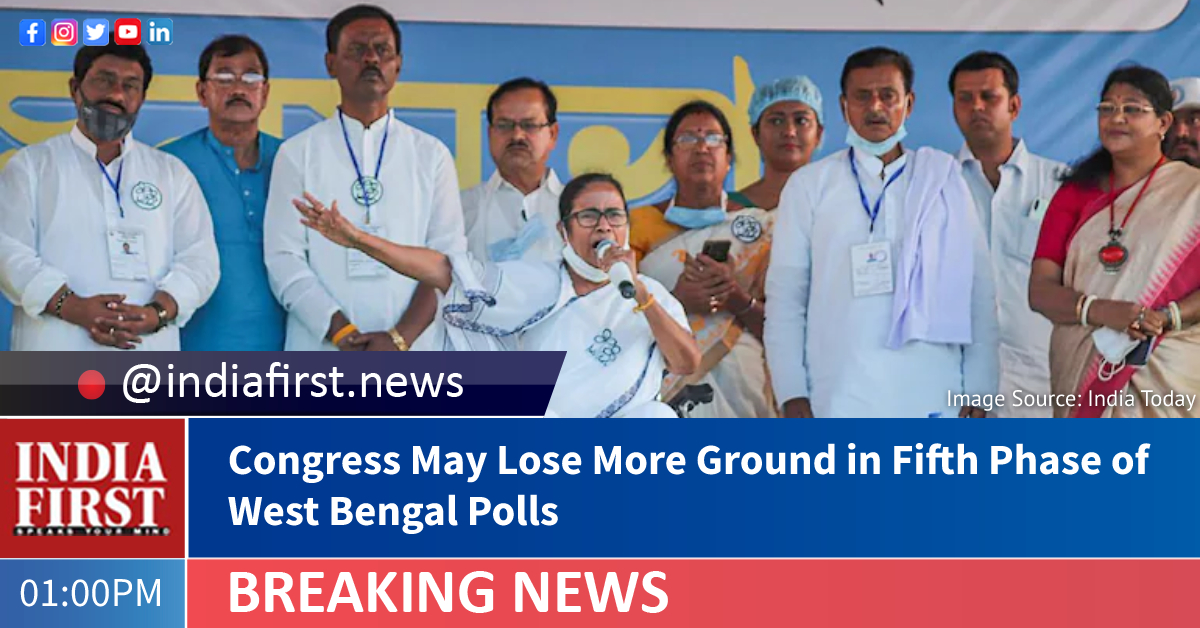 The Congress may find it tough to retain its last tally in the fifth phase of the polling in West Bengal, where the party is contesting on 12 seats and has 3 sitting MLAs, including a second-term MLA in Naxalbari, said sources.

Congress leader Rahul Gandhi had campaigned for the fifth phase and had targeted both the TMC and the BJP for dividing the state. Congress Senior Observer BK Hariprasad speaking on phone from West Bengal said, “this phase the Congress is strong and will enhance its last time tally in the elections.”

The Congress has retained the seat – Matigara-Naxalbari Assembly constituency – twice in a row and is represented by Sankar Malakar who is the MLA since 2011. The seat is reserved for Scheduled Castes. Rahul Gandhi had addressed two public meeting on April 14 at the Lodhan school ground in Goalpokhar in Uttar Dinajpur and at the Sarojini ground in Darjeeling district, which is part of the Naxalbari Assembly constituency.

Apart from this seat the area has become a stronghold of the BJP but the Congress is hopeful that its alliance with the Left will give it enough seats in this phase.

While Rahul Gandhi is a late entrant in the poll arena of West Bengal, Prime Minister Narendra Modi has led the BJP campaign so far in the state.

The ruling Trinamool Congress and the Bharatiya Janata Party are involved in a direct contest in Bengal, the Left is trying to win back its rural support, and the Congress is looking to retain its tally of 44 seats it won in the 2016 elections.

The Congress’ vote share had declined to 4 per cent in the 2019 Lok Sabha elections, but it still remains an important factor in some districts such as Purulia, Malda and Murshidabad.