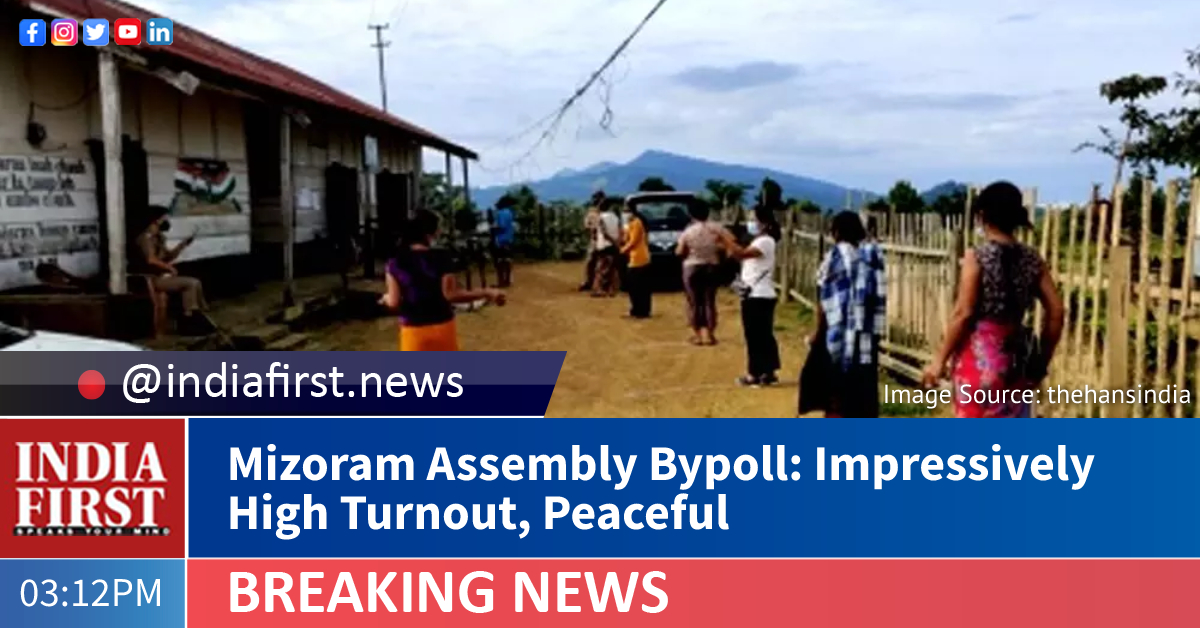 Over 83.3 per cent of the 19,520 voters yesterday exercised their franchise in the bypoll to the Serchhip Assembly seat in Mizoram, officials said after the completion of 12-hour long balloting.

Continuing the general trend of peaceful elections in the mountainous state, no untoward incident was reported from the Serchhip Assembly constituency in central Mizoram.

The by-election to the Serchhip Assembly constituency was necessitated following the disqualification of sitting MLA Lalduhoma of Zoram People’s Movement (ZPM) under the anti-defection law in November last year.

In all, six candidates, including an Independent, are contesting the bypoll. The main contest is likely to be between ruling Mizo National Front (MNF) candidate Vanlalzawma, main opposition ZPM nominee Lalduhoma and Congress’ P.C. Laltlansanga.

The Bharatiya Janata Party, which has one legislator in the 40-member Assembly, has fielded retired mining engineer and former party spokesperson Lalhriatrenga Chhangte from the seat.

The Election Commission had extended the voting period by two hours (till 7 p.m) in view of the Covid-19 situation and the Seventh-Day Adventist church observing Saturday as ‘Sabbath’.

In Serchhip, women voters outnumbered the men electorate. Out of the 19,520-strong electorate, 10,329 were female voters, who exercised their franchise in 29 polling stations.

The results will be declared on May 2.