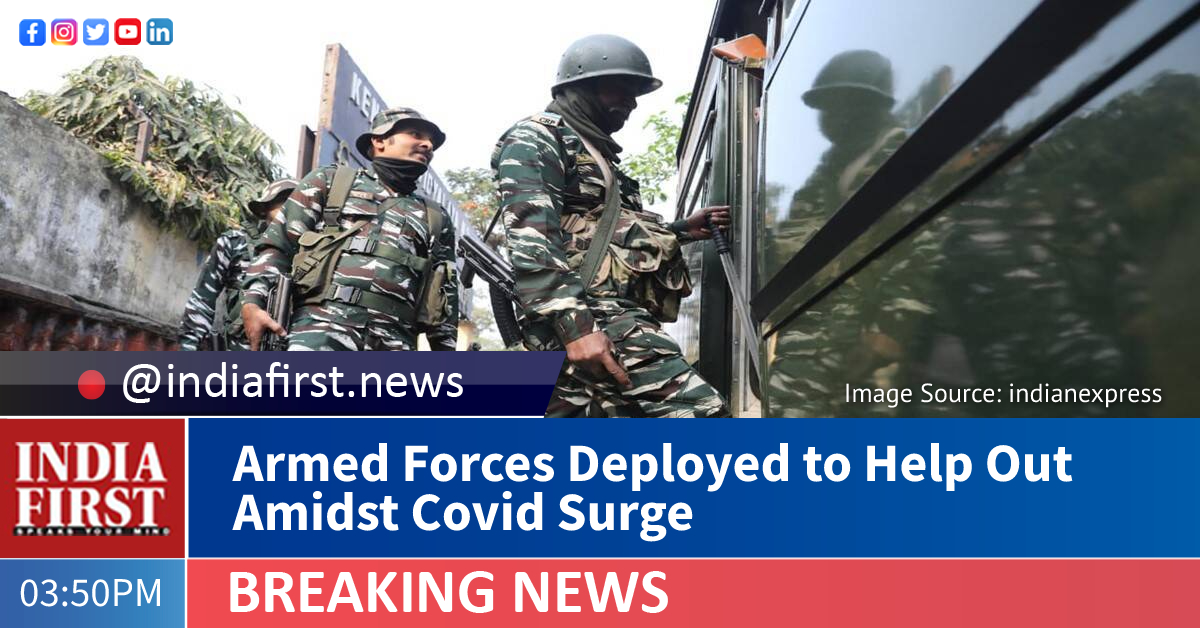 The government has roped in its armed forces to tackle soaring Covid-19 cases across the country.

Singh had yesterday urged the forces to be on war footing in fight against Covid, providing all medical help to the affected people.

He also directed the army to open up medical facilities for local people and directed that forces top commanders to get in touch with chief ministers of the states.

The states unable to control the Covid-19 situation were looking upon the Central government for help.

A senior Defence Ministry official said that the defence minister spoke to the Army Chief General Manoj Mukund Naravane and asked him to instruct commanders in state capitals to reach out to chief ministers and provide all possible assistance. The defence secretary Ajay Kumar was also part of the discussions yesterday evening.

It was decided that hospitals run by the Cantonment Boards across the country will also be made open to civilians living in the areas and also coming from outside the Cantonment zones.

Defence Research and Development Organisation, which has already started a 250-bed facility in Delhi, will be increased to 500. The organisation is also setting up two hospitals in Lucknow that has become a hotbed of a Covid cases.

The minister said that all efforts should be made to ensure maximum assistance to the affected people as the defence establishment has best medical facilities.

The official said that the hospitals being set up by the DRDO may not be enough considering the surge, so all possible help in military medical facilities is being planned.

The DRDO has wound up its 1,000-bed facility to treat Covid patients in February but the surging numbers has prompted them to reopen it with 500 beds.

The facility started to take patients yesterday and on the first day all 250 beds were occupied.

All the beds are equipped with oxygen and a large number of ventilators are also available. The facility will be free of cost and will have testing and air-conditioning as per WHO standards, the DRDO stated.