Poorest Nations Receive Only 1% of Covid Vaccines Given Worldwide: WHO | India First e Newspaper Skip to navigation Skip to content 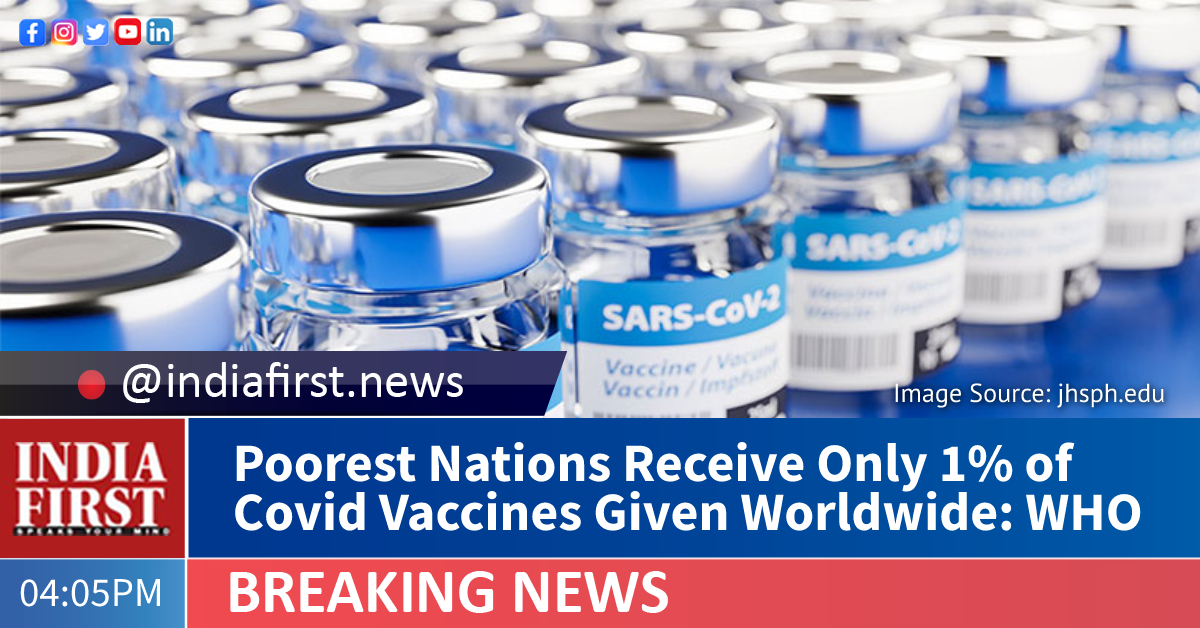 Geneva, April 20 (IANS) The World Health Organization (WHO) said that only 1 per cent of the 100 million doses of the Covid-19 vaccine administered last week went to the lowest-income countries.

Close to “99 million doses of vaccines last week went into high- and upper-middle-income and some low- and middle-income countries, but only one percent of that went to the lowest-income countries”, Bruce Aylward, Senior Advisor to the WHO Director-General on Organizational Change said at a press conference yesterday.

Asked whether more vaccines should be produced, Aylward said that “we need to be careful thinking that we can simply build additional capacity”, because “that capacity is still going to the wrong places”, reports Xinhua news agency.

The world body said that it is working with manufacturers to help increase vaccine capacity for the COVAX Facility, a WHO-led initiative to distribute vaccines for low- and middle-income countries.

Aylward said it will “take weeks and months” to increase vaccine supplies and “in the meantime, we’ve got to take some urgent and important decisions about how we are going to use the vaccines that exist today”.

Soumya Swaminathan, Chief Scientist of the WHO, explained at the same press conference that the “immediate need” of COVAX is to increase vaccine supplies by working with manufacturers and suppliers on suppressing “roadblocks and obstacles”, as well as ensuring that export bans “don’t interfere with the process of vaccine manufacturing”.