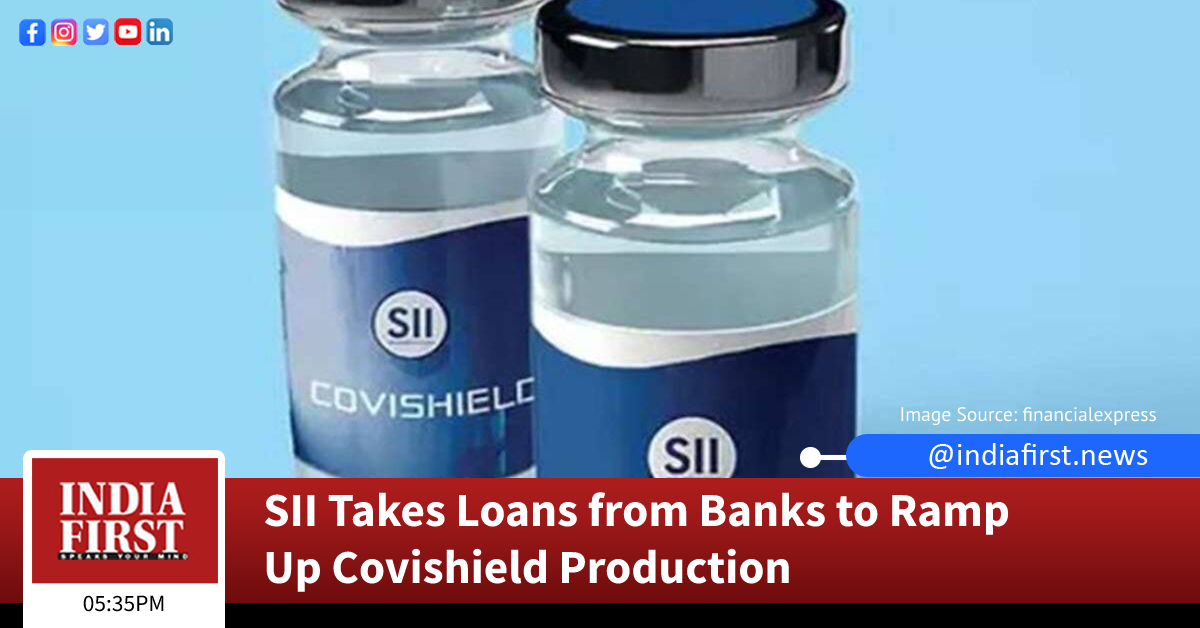 To scale up production of its Covishield vaccine, the Serum Institute of India (SII) had borrowed money from banks instead of waiting for the government’s aid to arrive.

The company assumed that the funding from the government will reach them very soon, probably by this week.

Covishield has been developed by the Oxford University and AstraZeneca, and manufactured by the Pune-based SII.

To boost India’s vaccine production in wake of the huge surge in Covid-19 caseload, the government on April 19 announced that it has given in-principle approval for credit to vaccine manufacturers, SII and Hyderabad-based Bharat Biotech. The Union Finance Ministry has approved a sanction of Rs 3,000 crore credit for SII and Rs 1,500 crore to Bharat Biotech.

The credit will be disbursed at the earliest.

Adar Poonawalla, CEO of Serum Institute of India, earlier had suggested that the company would require around Rs 3,000 crore to increase production of Covid-19 vaccines.

SII, an Indian biotechnology and pharmaceuticals company, yesterday announced that Covishield will be sold at Rs 400 per dose to the state government and Rs 600 to private hospitals. They issued the statement after the government allowed vaccination of all persons above the age of 18 from May 1.

The SII also said that for the next two months, they will address the limited capacity by scaling up the vaccine production. “Going ahead, 50 percent of our capacities will be served to the Government of India’s vaccination programme, and the remaining 50 percent of the capacity will be for the State governments and private hospitals,” the company said.

The company also stated that considering the global vaccine prices which cost anywhere from Rs 750 to Rs 1,500 per dose, they are ensuring that vaccines are affordable in Indian comparison to any other vaccines in the world.

“Furthermore, owing to the complexity, and urgency of the situation, it is challenging to supply independently to each corporate entity. We would urge all corporate and private individuals to access the vaccines through the state facilitated machinery and private health systems,” the company stated.

Post four to five months, the vaccines will be made available in retail and free trade.