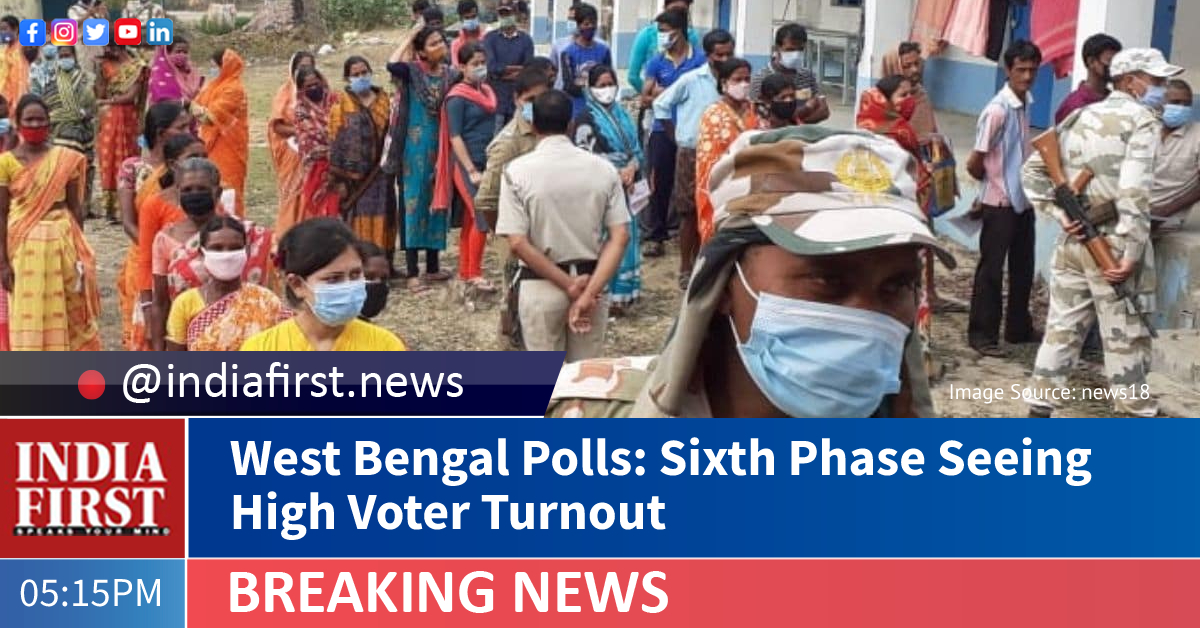 In a relatively peaceful polling in the sixth phase when people of 43 constituencies across four districts of West Bengal are exercising their franchise, heavy polling has been recorded till 3 p.m. According to the Election Commission, 70.42 per cent of polling was recorded in the first six hours today. East Burdwan with more than 75 per cent recorded the highest polling till 3 p.m.

According to the approximate two-hours data released by the poll body, it shows that the state recorded a polling percentage of 70.42 – a relatively high voter turnout considering the other phases of the election.

In the sixth phase, elections are being conducted in 43 constituencies including 9 each in North Dinajpur and Nadia districts, 17 in North 24 Parganas and 8 in East Burdwan where 1,04,09,948 electorate will decide the fate of 306 candidates among which 27 candidates are women.