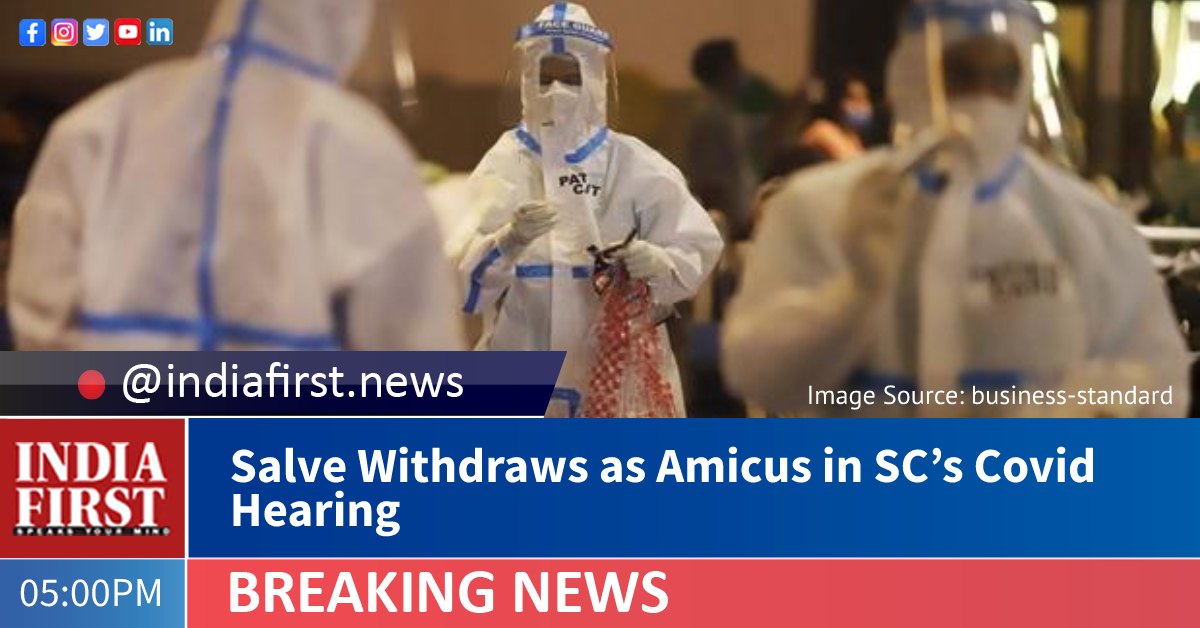 Senior advocate Harish Salve has sought Supreme Court’s permission to withdraw as amicus curiae from the suo motu case to distribution of essential supplies and services, including oxygen and drugs, during the COVID-19 pandemic.

Salve submitted before a bench headed by Chief Justice S.A. Bobde said it is a “very sensitive” matter and he did not want the case to be decided under the shadow, where statements were made that he knew the Chief Justice from either school or college days. Justice Bobde is demitting the Chief Justice of India office today.

Solicitor General Tushar Mehta requested Salve not to withdraw from the case as the amicus, as nobody should succumb to such pressure tactics. Reportedly, several counsels had written criticizing court’s decision to appoint Salve as amicus curiae in the matter.

The Chief Justice told Salve it was a collective decision of the bench to appoint him amicus curie and there was nothing more to understand. Salve, who appeared for Vedanta yesterday before the top court, submitted, “I did not know our Bar is divided among industries we appear for. Please allow me to recuse with all humility.”

Accepting Salve’s request for withdrawal as amicus from the matter, the bench said that it did not like reading what some senior advocates had to say, but everyone is entitled to their own opinion. “In future, we will have to look for someone as amicus who we don’t know”, added the bench.

The bench added it understands that Salve was pained. Mehta submitted, “We are not in a position in the country to have a maligning competition in media and electronic media. Someday somebody from the judiciary has to take cognisance of this trend. Salve should reconsider. It is a question of principle.”

Yesterday, while appearing for Vedanta, Salve had submitted the company could produ