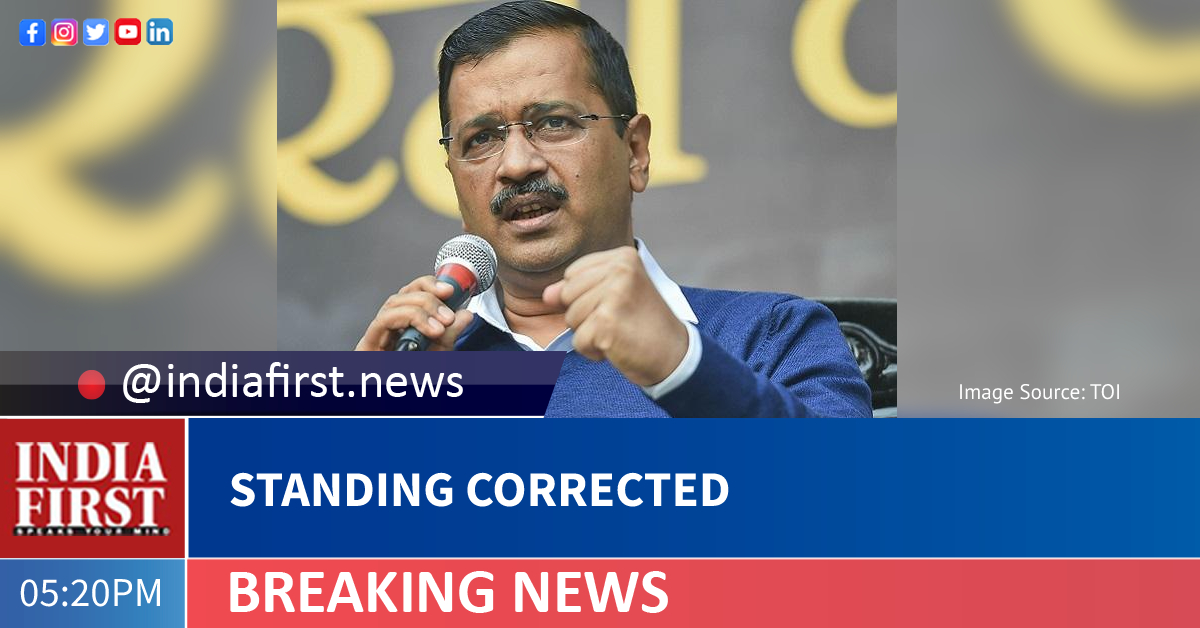 Delhi CM Arvind Kejriwal has issued an apology for the live telecast by his office of the PM-CMs meeting on Covid-19 yesterday.

Prime Minister Narendra Modi advised Delhi Chief Minister Arvind Kejriwal to follow the government protocol when the latter’s office did a live telecast of the internal meeting on tackling Covid-19 yesterday between the Prime Minister and the Chief Ministers of different states. Kejriwal later apologized for his act after Modi expressed displeasure.

The Prime Minister had called a virtual meeting of the chief ministers of the states severely affected by Covid-19 yesterday. During this, Modi came to know that this internal meeting is being broadcast live by Arvind Kejriwal’s office. Modi rebuked Kejriwal, saying “It is against government protocol that a sitting Chief Minister of a state live telecasts an in-house meeting. It is not fair. We should follow the government protocol.”

Kejriwal apologized, saying “If I have committed any mistake then I apologize for it. Whatever instructions have been directed in the meeting on Friday, we will follow those instructions.”

Central government sources alleged that during this virtual meeting, the Delhi Chief Minister made political statements instead of making suggestions to tackle the Covid-19 situation. The states are being helped by plying the Oxygen Express trains by the Indian Railways, but the Delhi government did not make any such demand.