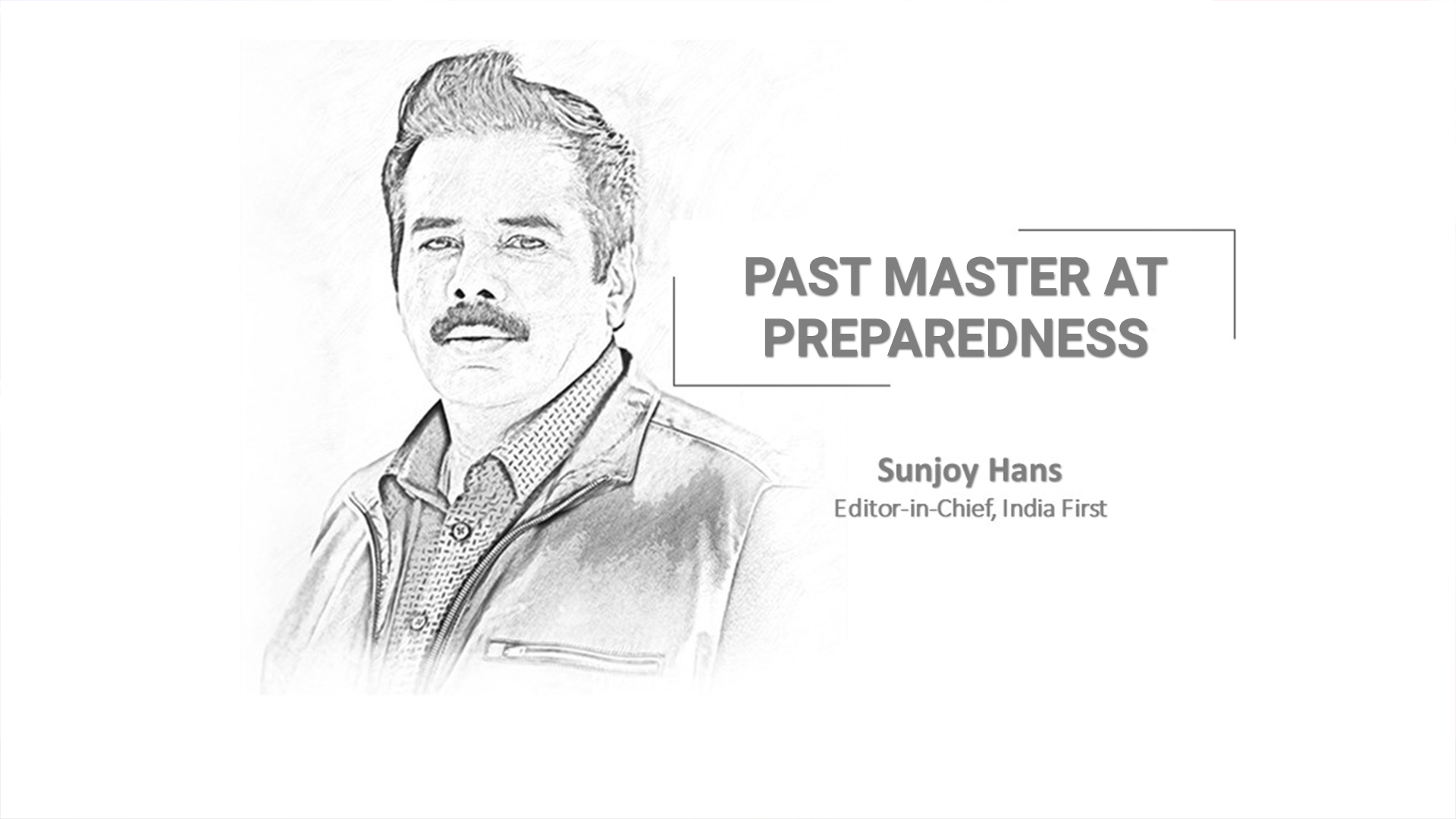 Ably guided by Chief Minister Naveen Patnaik, Odisha has emerged as the country’s most successful state as far as disaster management is concerned. Under his leadership, the state has tackled the worst of cyclones and floods and is now fighting a pandemic with exemplary grit and superb planning. Patnaik, who took over the reins of governance at a time when the state lay devastated by the century’s worst cyclone that struck Odisha’s coast on October 29, 1999, has learnt from experience. With this experience being put to good use, the state has won the accolades of international institutions for its handling of the most challenging situations arising out of natural calamities. The COVID-19 pandemic is no exception.

The most important lesson that Patnaik and state machinery led by him learnt in the wake of the 1999 super-cyclone was the importance of being prepared. The super-gale that claimed around 10,000 lives and laid waste to the entire coast of Odisha had practically caught the incumbent Congress government napping. The magnitude of the disaster had virtually paralyzed the administration with both bureaucracy and the political leadership struggling to organize a response.

The Congress paid the price for its mishandling of the situation in the subsequent elections which brought a coalition government led by Naveen Patnaik to power. While Patnaik launched a remarkable reconstruction and restoration drive on the cyclone-battered Odisha coast, he also created specialized institutions such as Odisha State Disaster Management Authority (OSDMA) with specialized manpower to deal with natural calamities. Over the years this institution assisted by line departments has handled several cyclones and floods with commendable success in Odisha.

The state now also boasts of a specialized force called Odisha Disaster Rapid Action Force (ODRAF) which is fully equipped to deal with natural calamities. The force, which has won accolades for its work during cyclones and floods in Odisha, has also been deployed in other states to tackle similar situations. Everywhere, and every time, it has given a good account of itself. The Chief Minister has also ensured that there are sufficient number of cyclone shelters in disaster-prone areas of the state. Backed by this excellent disaster management infrastructure Patnaik has set himself the goal of zero casualty during calamities such as cyclones and floods and, more often than not, has succeeded in achieving it.

The experience has come in handy for Patnaik in dealing with the COVID-19 pandemic, the first wave of which hit the state less than a year after cyclone Fani had wreaked havoc in the coastal belt. The Chief Minister was fully prepared to tackle the crisis at hand. Strict prohibitory measures were imposed to ensure that careless people did not spread the virus due to their ignorance. While Patnaik was generous enough to make arrangements for the return of Odia migrant workers stuck in different states due to lockdown to their home state, he did so only after putting in place a system to ensure that the returnees were properly quarantined before being allowed to go to their respective villages. Both their health and livelihoods were taken care of.

The same kind of preparedness by the state government is on display during this second wave of the virus, with Odisha faring much better than many other states of the country because it has already put in place a modern and reliable health care infrastructure while catering to the livelihood needs of the people as well. It is perhaps the only state of the country which, instead of battling an oxygen shortage, is supplying the life-giving gas to deficient states. Preparedness has been the mantra behind the five-time Chief Minister’s unparalleled success.