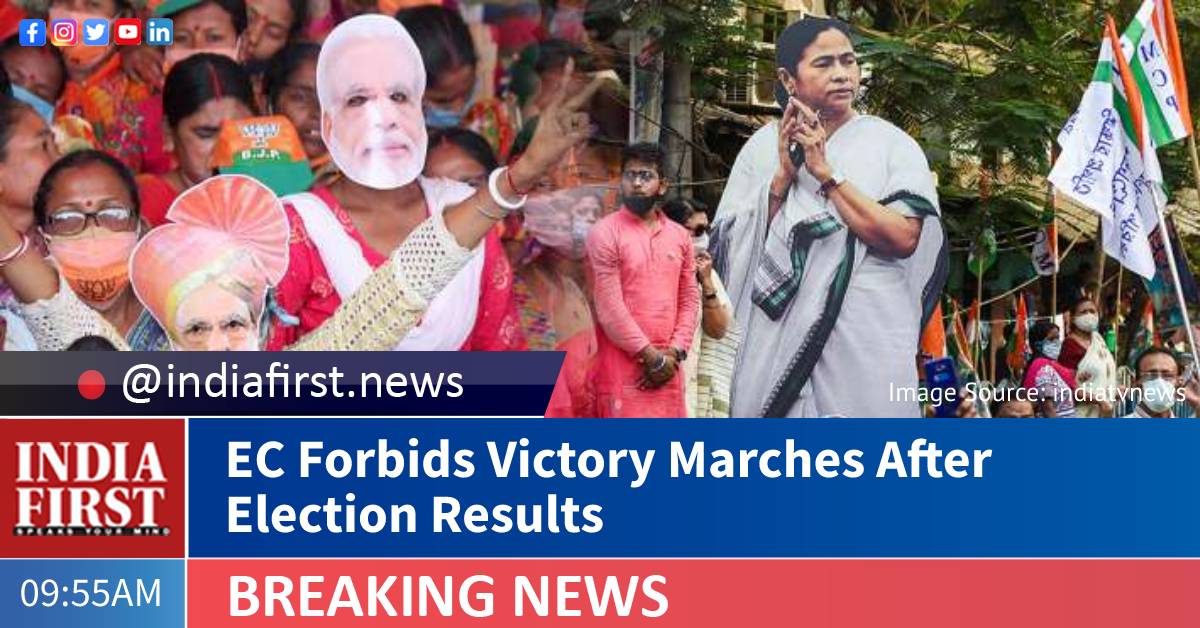 In the wake of uncontrolled increase of Covid cases across the country, the Election Commission (EC) has banned all kinds of victory processions after the poll results are declared on May 2. The commission has also put a cap on the number of persons assisting the candidates at the counting halls.

In view of the surge in Covid cases throughout the country, the Commission has decided to make more stringent provision to be followed during the process of counting, in addition to existing broad guidelines dated August 21, 2020 and has directed, “No victory procession after the counting on 2.5.2021 shall be permissible”.

The EC also said, “Not more than two persons shall be allowed to accompany the winning candidate or his/her authorized representative will receive the certificate of election from the Returning Officer concerned”.

In addition to this the commission has made an extensive arrangement for counting that will be conducted in 705 halls in Bengal with a maximum of seven tables in each of the hall to maintain physical distancing and other health protocols related with management of Covid-19. Mask, sanitisers and face shields will be made compulsory for all at the counting venues.

“During the last assembly elections, counting was held in 385 halls. We have almost doubled the counting venues that have gone up to 705. In the majority of the counting halls, there will be seven tables and … where the space is large, there may be 14 tables. The blueprint is expected to be finalised by Tuesday after holding a video conference with the district election officers (DEOs),” Aariz Aftab, state Chief Electoral Officer said. “There will be temperature check at the entry point in all the venues,” he added.

Meanwhile, the EC on Monday announced that voting at booth no 126 at Amtali Madhyamik Siksha Kendra at Sitalkuchi in Cooch Behar will be held on April 29 with the last phase of the ongoing election. During the fourth phase of polls held in April 10, four persons were killed in firing by central forces near the polling booth at Sitalkuchi and the Commission had declared voting at that polling station to be void.