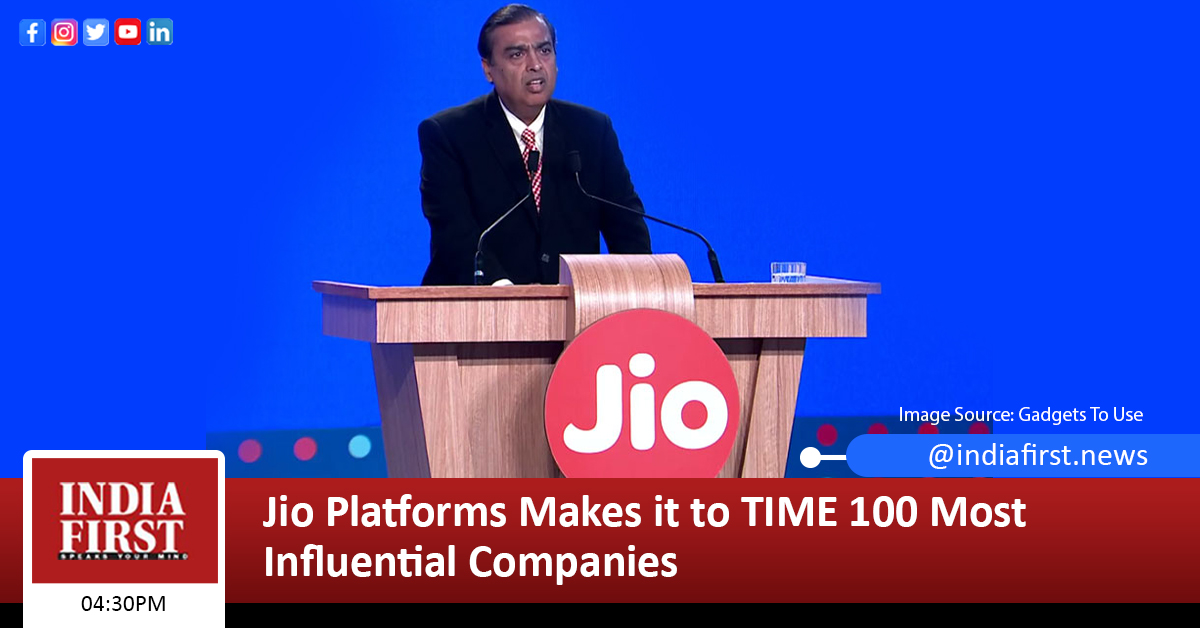 Jio Platforms is among the most influential companies in the world, according to the 2021 TIME 100 Most Influential Companies.

As per the TIME magazine, over the past few years, Reliance Industries has built India’s largest 4G network by charging some of the lowest data rates in the world.

Now leading investors are turning to Jio Platforms, the holding company for Reliance’s digital businesses, to reach its more than 410 million subscribers, it said.

“Last year, Jio raised over US$20 billion in capital, a testament to the value and potential of its rapidly growing user base,” it said.

This is the first ever list, TIME has come out with regarding the most influential companies in the world. that highlights businesses making an extraordinary impact around the world. To assemble it, TIME solicited nominations across sectors including health care, entertainment, transportation, technology and more from our global network of editors and correspondents, as well as from industry experts.

Further, ed-tech company BYJU’S also has made it to the list.

TIME said that as users of his company’s signature app nearly doubled to 80 million during the COVID-19 pandemic, Byju Raveendran, the founder went on a spending spree, fueled by funding from investors like Tencent and BlackRock.

The BYJU’S summer acquisition of WhiteHat Jr, an app that teaches kids to code, along with the purchase of Silicon Valley educational-game maker Osmo in 2019, gives the company a foothold in the US e-learning market.

In April, the company announced plans to dramatically expand outside its home base in India, adding one-on-one lessons in the US, the UK, Indonesia, Mexico and Brazil.

BYJU’S also snapped up a leading Indian test-prep school for almost US$1 billion. The explosive growth has turned BYJU’S into one of India’s most lucrative startups, increasing the company’s expected value to $15 billion, up from $5.5 billion in July 2019, it said.