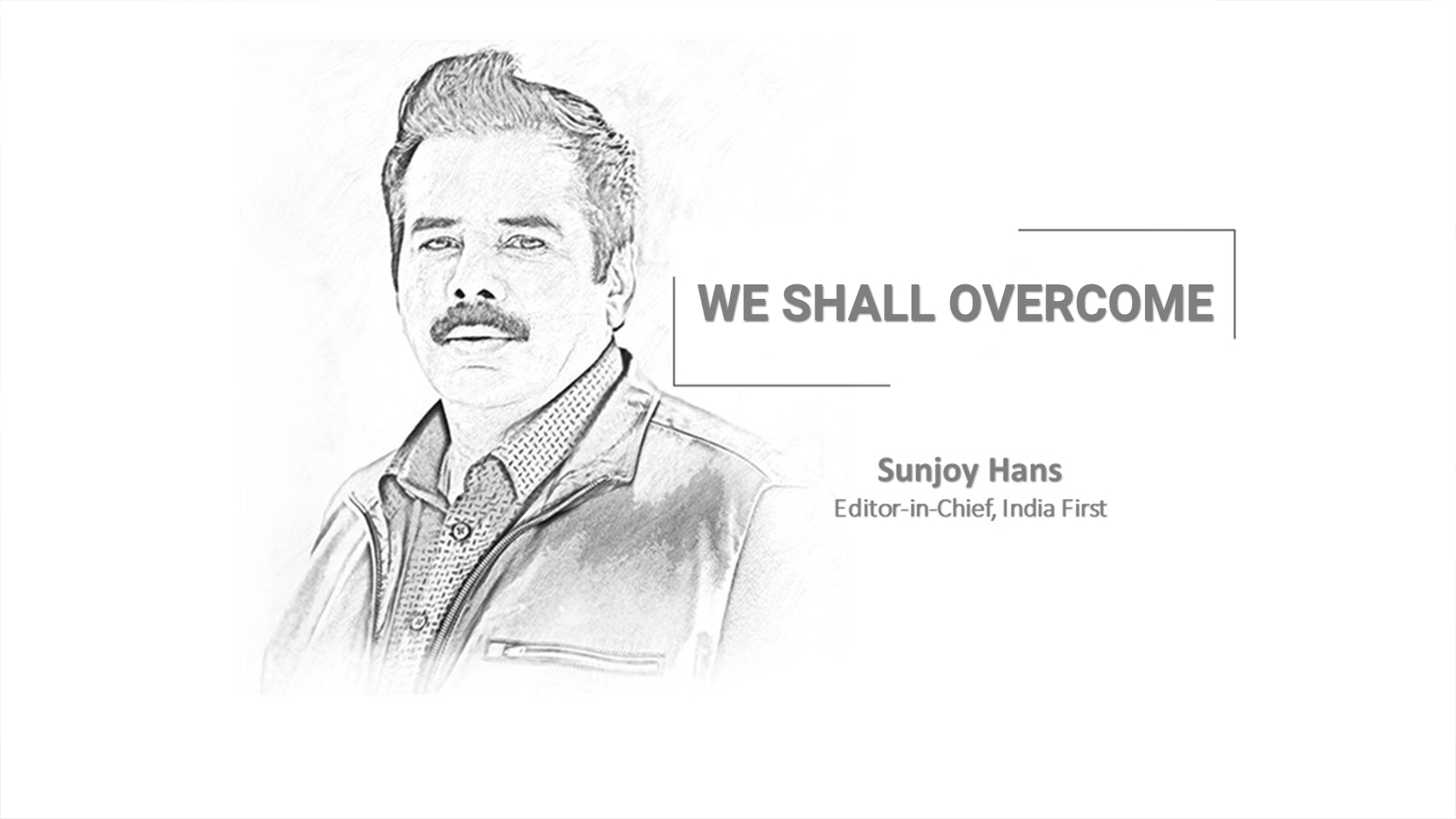 Caught in a Covid storm, India is battling its worst-ever health crisis since Independence. While the second wave of the pandemic continues to lash the country with an ever-increasing case tally, experts are already talking about a third wave. It is like an endless nightmare. An already bad situation has been worsened by an acute shortage of medical oxygen. TV visuals of people dying without oxygen in and outside hospitals in the national capital underscore the utter helplessness of the situation.  It is a national emergency and the people of the country must meet the challenge unitedly. This is the need of the hour and also the call of Prime Minister Narendra Modi, who has been leading the battle against the pandemic from the front.

True, the numbers are frightening. India has been reporting over three lakh positive cases consistently for the past few days.  The total case tally in the country has climbed to 1,76,36,307 and the death toll, too, has risen to 1,97,894. Rapped by Madras High Court for allowing election rallies amidst a raging pandemic, the Election Commission has banned all victory processions on the day of the counting of votes (May 2) in the five states where elections are being held.

Such a situation had never arisen in the country which had not only dealt successfully with the first wave of the pandemic, but also lent a helping hand to some of its neighbours. At present, it is struggling to ramp up its oxygen production. Vaccines, too, are in short supply in some of the states. India’s new wave is being described by international experts as the “worst surge in the world”. Lockdowns, which invariably hit the economy and should be the last resort in any such crisis, have been imposed in some megacities. Some countries have banned flights to India.

What went wrong? What triggered this sudden and alarming rise in Covid-19 cases in the country? Complacency, not on the part of the government but on the part of the people, has been the most important factor contributing to the present crisis. Despite repeated reminders from experts and senior health officials, people have been openly defying containment measures, including wearing of masks and maintaining social distance. Markets get crowded with unmasked people the moment they open and some appear to draw a perverse pleasure in defying the Covid protocol. While this protocol also went for a toss at the rallies organized by different political parties, which campaigned in the five election-bound states, the government should have also avoided granting permission for large religious congregations such as the one seen at the Kumbh in Haridwar.

But all is not lost. Although how long this latest Covid-19 wave in the country will last is anyone’s guess, the Prime Minister has taken some firm steps to bring the situation under control. While necessary infrastructure is being set up across the country to ramp up the production of medical oxygen, the situation on the vaccine front, too, is likely to improve. Thanks to India’s diplomatic initiatives, the United States of America has offered all possible help to overcome the present crisis. Following a telephonic conversation with Prime Minister Modi, the White House announced help ranging from oxygen supplies to the supply of raw materials for Covid-19 vaccines. “India was there for us, and we will be there for them,” President Biden said in a tweet soon after his phone call with Modi.

In Prime Minister Modi, we have a leader who has built bridges with several top world leaders who can be trusted to come to India’s aid at the time of a crisis. The US has already extended a helping hand as have many others from the European Union and beyond. But this crisis is also the test of India’s proverbial resilience. As we battle it, it is pertinent to recall the words of Allama Iqbal who wrote: “Kuchh baat hai ke hasti mit’ti nahin hamari, Sadiyon raha hai dushman daur-e-zaman hamara” (There must be something special that we still exist despite the whole world being against us). Though the world may not be against us anymore, we still retain the same fighting spirit which has kept us going through the centuries. We shall overcome this crisis as well.