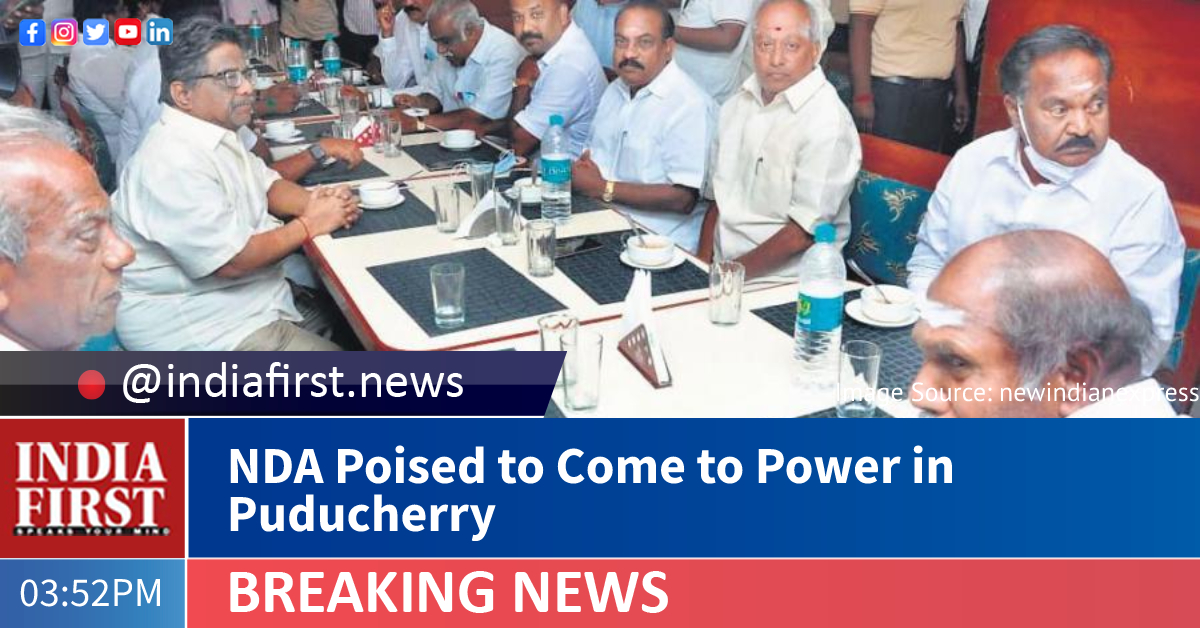 The National Democratic Alliance led by the AINRC in Puducherry is set to win the Assembly elections in the Union Territory with a clear majority.

According to the CVoter Exit Poll for Times Now/ABP News, the projected seat variation for the 30-member Puducherry Assembly for the NDA is 19 to 23 seats – well over the majority mark – while the UPA is likely to win 6 to 10 seats. Others are projected to win a maximum of 2 seats.

The exit poll predicts 16.6 per cent vote swing in favour of the NDA, while for the UPA it is -5.3 per cent, approximately, as compared to 2016.

The Congress, which was ruling the UT, was unseated after many of its MLAs defected to the BJP earlier this year, forcing incumbent Chief Minister V. Narayansamy to resign after his government was reduced to minority.