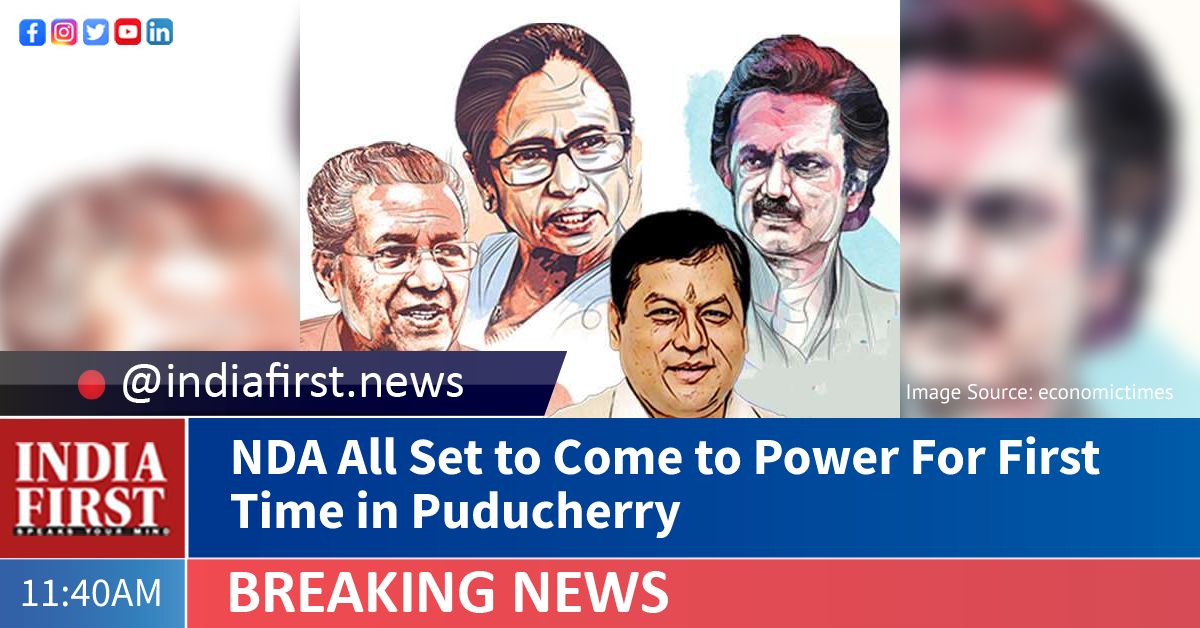 The National Democratic Alliance (NDA) will be forming a government in Puducherry, a senior BJP leader said yesterday.

According to party national General Secretary C.T. Ravi, the BJP has been successful in retaining power in Assam, and further, “is on its way to form a NDA Government in Puducherry”.

“This is no mean feat by our party. I congratulate our Karyakartas and leaders for these victories,” he said.

The National Democratic Alliance (NDA) in Puducherry consists of the All India N.R. Congress, which contested in 16 of the Union Territory’s 30 seats, the BJP nine and the AIADMK five.

According to Election Commission, the All India N.R.Congress has won 10 seats, followed by the BJP winning four and leading in two.

On the other hand, the rival front member DMK has won three seats and leading in three while the Congress has won two.

Four Independents have won their seats and two are in the lead.

The BJP has been finding it difficult to make a mark in Tamil Nadu and Puducherry all these years.

It opened its account in the Puducherry Assembly with three nominated members, and then saw Congress leaders joining it in recent times, leading to the fall of the V. Narayansamy-led Congress government ahead of the elections.

“It will be interesting to see a government in which BJP is a part. This will be the first time that the BJP will be part of the government in a Tamil speaking land,” political analyst Kolahala Srenivaas said.