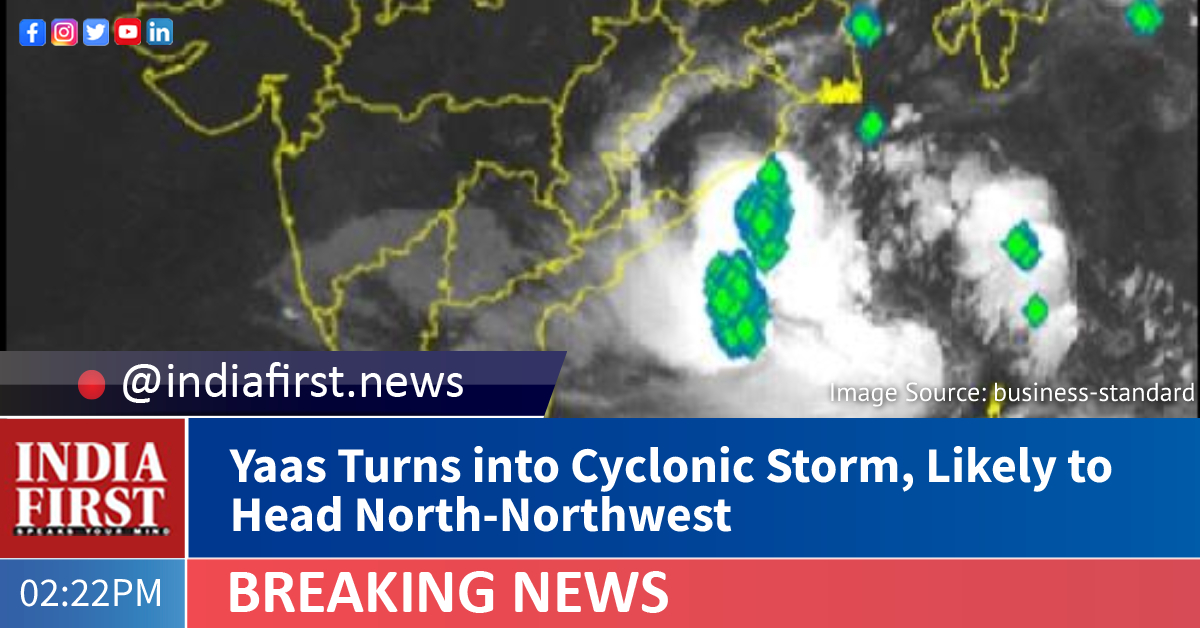 The deep depression over east central Bay of Bengal remained practically stationary during past six hours and has intensified into cyclonic storm ‘Yaas’ (pronounced as ‘Yass’) today.

“The cyclone would continue to move north-northwestwards, intensify further and reach Northwest Bay of Bengal near north Odisha and West Bengal coasts by May 26 early morning,” the IMD said.

“It is very likely to cross north Odisha-West Bengal coasts between Paradip and Sagar islands around May 26 noon as a very severe cyclonic storm.”

“Under the influence of a Western disturbance, thunderstorm and lightning accompanied with isolated to fairly widespread rainfall is likely over Western Himalayan Region and isolated rainfall and thunderstorm over plains of Northwest India during next 24 hours. Isolated dust storm also very likely over Rajasthan during next 24 hours,” said the IMD.

Besides, strong surface or dust raising winds (25-35 kmph) is likely over Rajasthan, Haryana, Chandigarh and Delhi and Uttar Pradesh during next three days.

The IMD had predicted tidal wave of 1-2 metres in height to inundate low-lying areas of Andaman and Nicobar Islands on May 24.