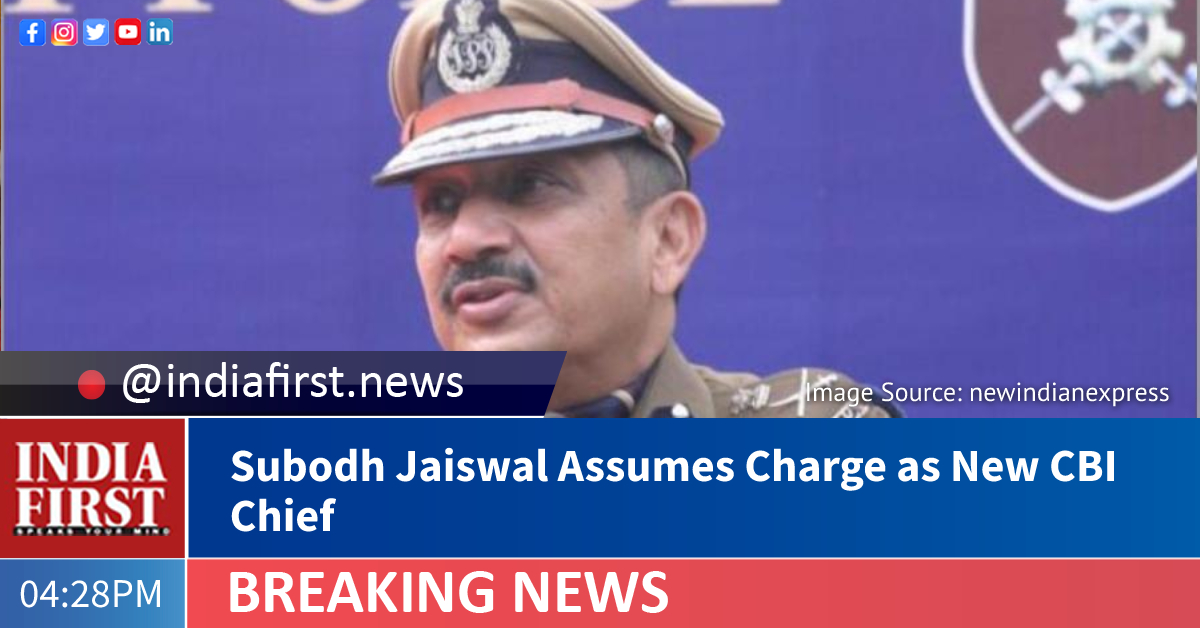 IPS officer Subodh Kumar Jaiswal has taken charge as the new Director of the Central Bureau of Investigation (CBI).

He took charge a day after his name was cleared for the top post of the country’s premiere investigative agency.

Yesterday, in an order, the Department of Personnel and Training said: “The Appointments Committee of the Cabinet has, based on the panel recommended by the Committee, approved the appointment of Subodh Kumar Jaiswal, IPS, (Maharashtra 1985) as Director, CBI for a period of two years from the date of assumption of the charge of the office or until further orders whichever is earlier.”

Jaiswal was appointed as CBI Director a day after the Prime Minister Narendra Modi-headed committee including Chief Justice of India N.V. Ramana and Leader of Congress in Lok Sabha Adhir Ranjan Chowdhury discussed the names of the candidates for becoming the new CBI chief.

Before joining as the new director of CBI, Jaiswal was the Director General of the Central Industrial Security Force.

He has also served as Maharashtra’s Director General of Police and had a stint in India’s external intelligence agency, R&AW.

The CBI had got an acting Director in the form of Praveen Sinha after the term of R.K. Shukla ended on February 3 this year.