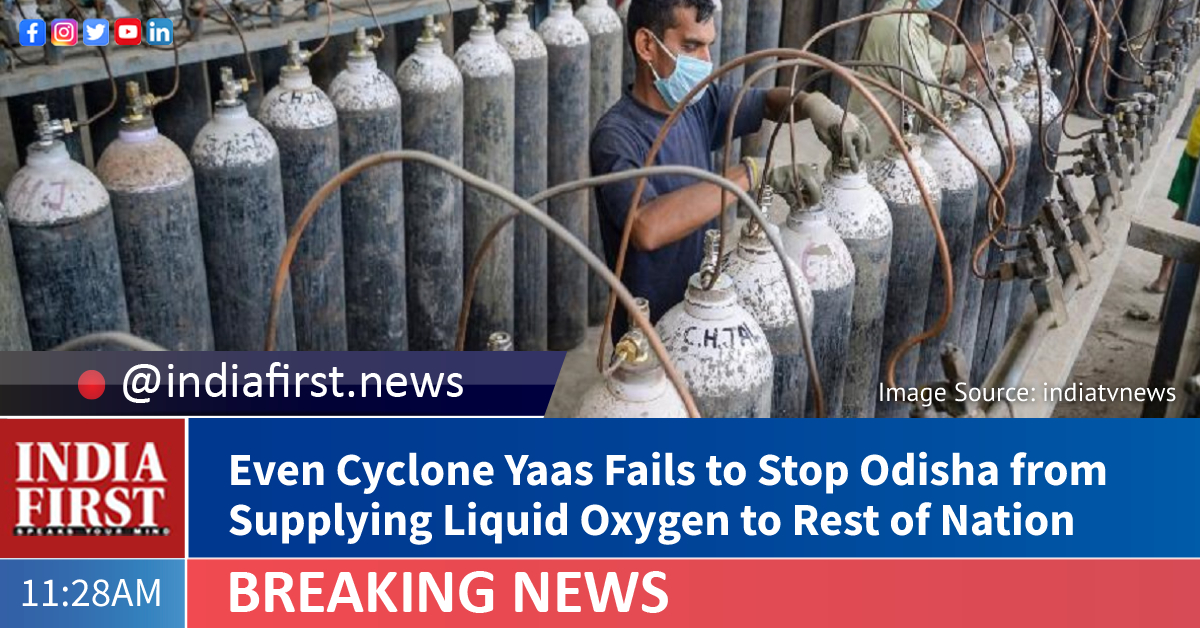 K. Jethwa, ADG Law and Order of Odisha police said: “Advanced planning was done and standard operating procedure was prepared for ensuring unhindered Oxygen movement, while ensuring the safety of oxygen production centres, tankers, drivers and other staff.” Jethwa said that each tanker was moved under close supervision and escort of Odisha Police.

Another senior official of the Odisha government said that even amidst cyclone Yaas, the transportation of LMO continued. He said that four Oxygen tankers are on their way from Angul to Hyderabad and Visakhapatnam, while two LMO tankers are going from Jajpur to Berhampur and Bhubaneswar under close supervision and escort of the Odisha Police.

Earlier in the day, the IMD said that the landfall process of “very severe” cyclonic storm Yaas in the Bay of Bengal has been completed and it has weakened into a “severe cyclonic” storm.

Yaas, which was crossing between Dhamra and Balasore in Odisha, weakened into a severe cyclonic storm and lay centred at 12.30 p.m. yesterday over north coastal Odisha near latitude 21.45 and longitude 86.8oe, about 15 km west-southwest of Balasore, according to the National Weather Forecasting Centre of the India Meteorological Department (IMD). It was expected to move north-northwestwards and weaken gradually into a cyclonic storm over the subsequent six hours. The cyclone had commenced the landfall process around 9 a.m.

Even the railways said that in a scal- up of operations which continued till late on May 25 night, 12 Oxygen Expresses with 969 MT of LMO started their journeys from cyclone hit Odisha. They include three trains for Tamil Nadu, four trains for Andhra Pradesh and one each for Delhi region, Madhya Pradesh, Uttar Pradesh, Assam and Kerala.