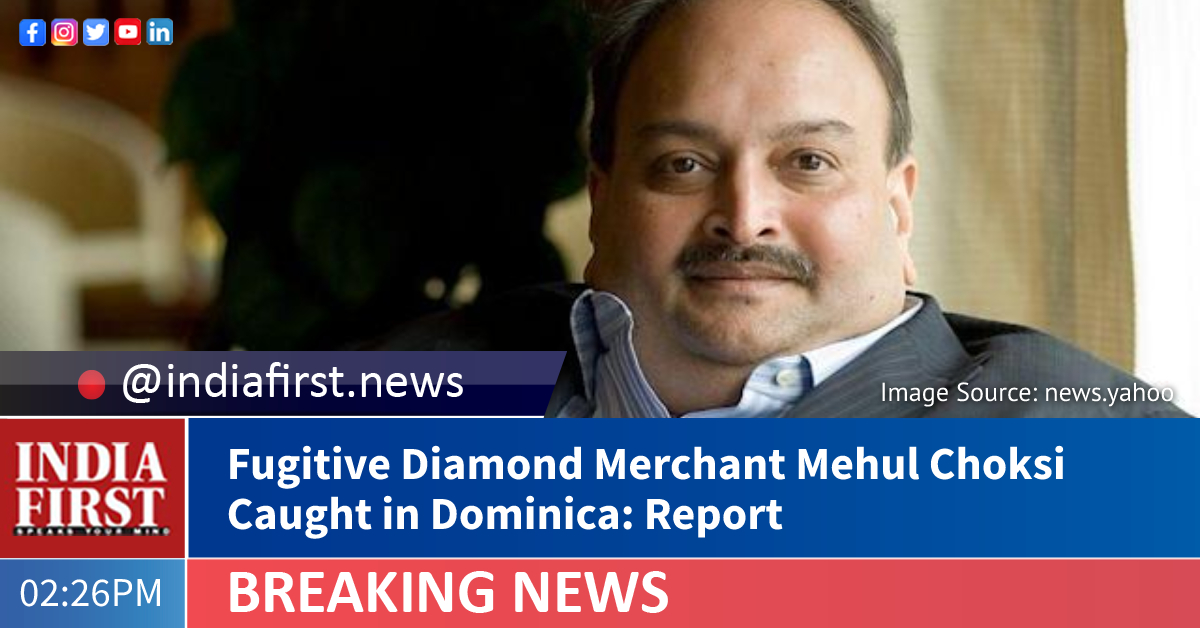 Fugitive diamantaire Mehul Choksi, who is wanted by the CBI and the ED in connection with the Rs 13,500 crore Punjab National Bank (PNB) loan fraud case, has reportedly been taken into custody in Dominica, media reports said.

The Antigua Observer reported that Choksi is in the custody of the Criminal Investigation Department (CID) in Dominica.

Choksi was reported missing on May 23 from Antigua and Barbuda, where he had taken citizenship, sparking a manhunt for the fugitive businessman.

On that day, the Commissioner of the Royal Police Force of Antigua and Barbuda, Atlee Rodney, had said the force is currently following up on the whereabouts of Choksi, who is reportedly missing, local media Antigua News Room had reported.

CBI sources here said that he was captured on the basis of the red corner notice issued by Interpol earlier.

However, another CBI source said that the agency is yet to get an official confirmation about the capture of Choksi.

Choksi, an accused in the over Rs 13,500 crore PNB fraud case along with his nephew Nirav Modi, has been residing in Antigua and Berbuda since January 4, 2018.

The CBI and ED, which have filed separate chargesheets in the case, are trying for the extradition of Choksi.

Choksi’s lawyer, Vijay Agarwal, had said that reports of the businessman going missing were true.