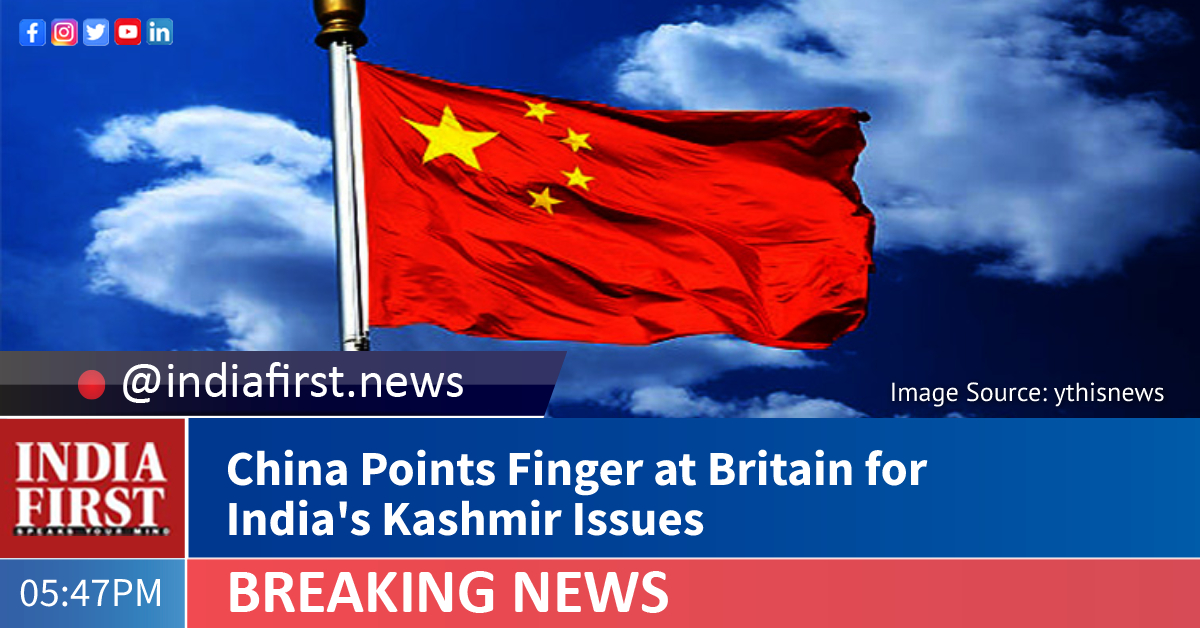 In an unusual diplomatic move, China has lashed out at the British blaming them for India’s troubles in Kashmir.

In a series of tweets, the Chinese government spokesperson Zhao Lijian attacked the UK and its British imperialistic past, with respect to India and Indian Kashmir.

“If British India was the jewel in the crown of the British Empire, then Kashmir has been the biggest crack in it when the crown finally fell over on that land,” he tweeted while quoting an article published in China’s biggest and most influential state media, Xinhua news agency.

Xinhua is the official state-run press agency, headed by a member of the Central Committee of the Chinese Communist Party (CCP).

Opinion pieces published by the agency are perceived to be the official line of Beijing even as the CCP never owns it.

Zhao is the deputy director and spokesperson of the Foreign Ministry, Information Department.

An outspoken and fierce diplomat, Zhao is quite active on Twitter, the American micro-blogging site which is banned in China.

While sharing the article, he tweeted: “The British Empire fell, but the poison of hatred has been injected into the body politic of two peoples for decades to come. The land once as pristine as its famous Kashmir Sapphires was carved by innumerable scars, cracked by the greed of imperialists and soaked by the tears of people in fear.”

As long as the bloodshed in Kashmir continues, Britain can never clean itself from its bloody colonial past, Zhao added.

The endorsement to this view by the Chinese spokesperson, is likely to have political ramifications between India and China.

The article had quoted David Cameron, the former UK Prime Minister to point out Britain’s admission to the creation of modern geopolitical conflicts.

Cameron, the article mentioned, in his response to the questions from students in Pakistan in 2011 had said: “As with so many of the problems of the world, we are responsible for their creation in the first place.”

But Cameron’s “politics of apology” was trashed by both the Right and the Left within the UK, the article said.

“The imperial past is far from being dead. We should not be surprised when British foreign policy interests and interventions today are perceived by many as “neo-colonial” in their nature.”

The article in Xinhua was based on India’s retired justice Markandey Katju’s book, “The Nation”.

However, the fact that the Chinese state media chose to reproduce the select parts on Kashmir, has political connotations given the fact that China itself has been an aggressor in Jammu and Kashmir state.

Last year, China and India were locked in a face-off along the Line of Actual Control in Ladakh after the PLA troops took hold of some of the key positions of the Indian territory.

China has been against the British imperialism ever since Hong Kong became a colony of the British in 1842 and was finally transferred to China, as late as in 1997.