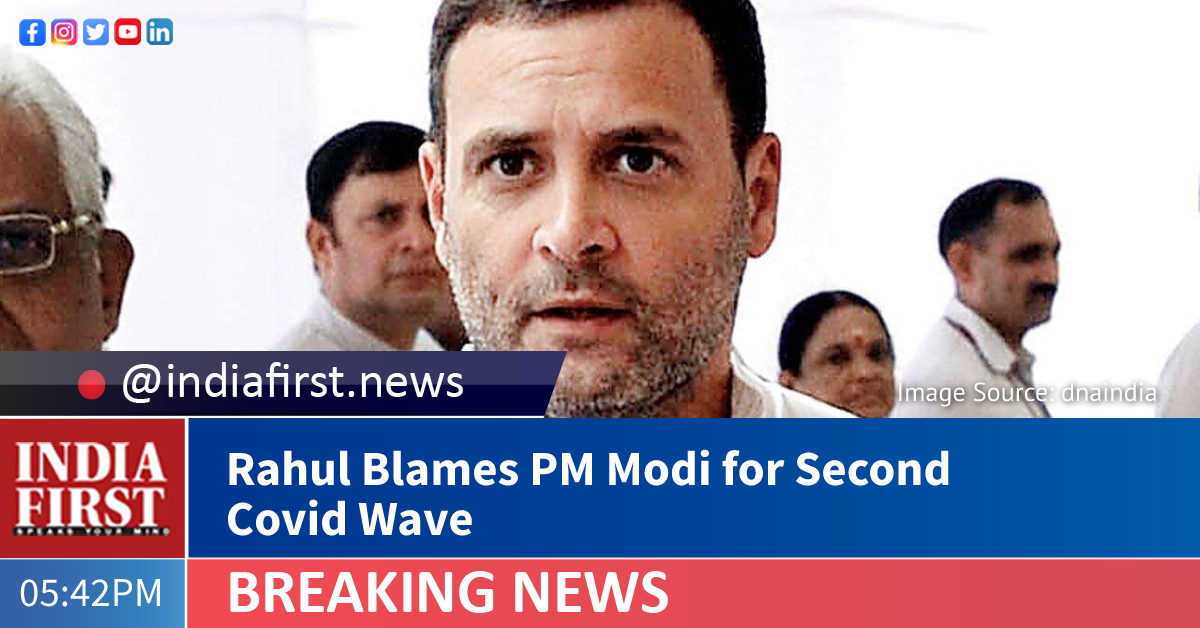 Former Congress President Rahul Gandhi has launched a direct attack on the government, holding Prime Minister Narendra Modi responsible for the second wave of the Covid pandemic in the country.

Attacking the government over the vaccine shortage, he said that India is fighting a war with Covid and vaccination is the only way to stop the pandemic. He accused the government of hiding the real figures of deaths due to Covid.

Addressing a press conference virtually, Rahul Gandhi said, “I had warned the government number of times over Covid since February last year. And the government made fun of us. Even the Prime Minister announced victory over Covid.”

He said the problem is that the government and the Prime Minister are unable to understand Covid. He added that last year he told the government not to give space to Covid and to close the doors. “Vaccine is the permanent solution. And if you don’t take the vaccine then the virus will keep on mutating itself and there will be second, third, fourth and many other waves of Covid,” he said.

The Congress leader said that on the issue of vaccine, “I have written to the Prime Minister saying if the government does not have proper vaccine strategy, then number of people will keep on getting affected.”

Launching an attack on the government, Rahul Gandhi said: “Foreign Minister (S. Jaishankar) is saying that India has earned name by providing vaccines to other countries. And what is the condition today, only three per cent people of the country have been vaccinated. Means 97 per cent people have chance of contracting Covid.”

Rahul Gandhi also alleged that the government is hiding the real figure of the death toll during the second wave.