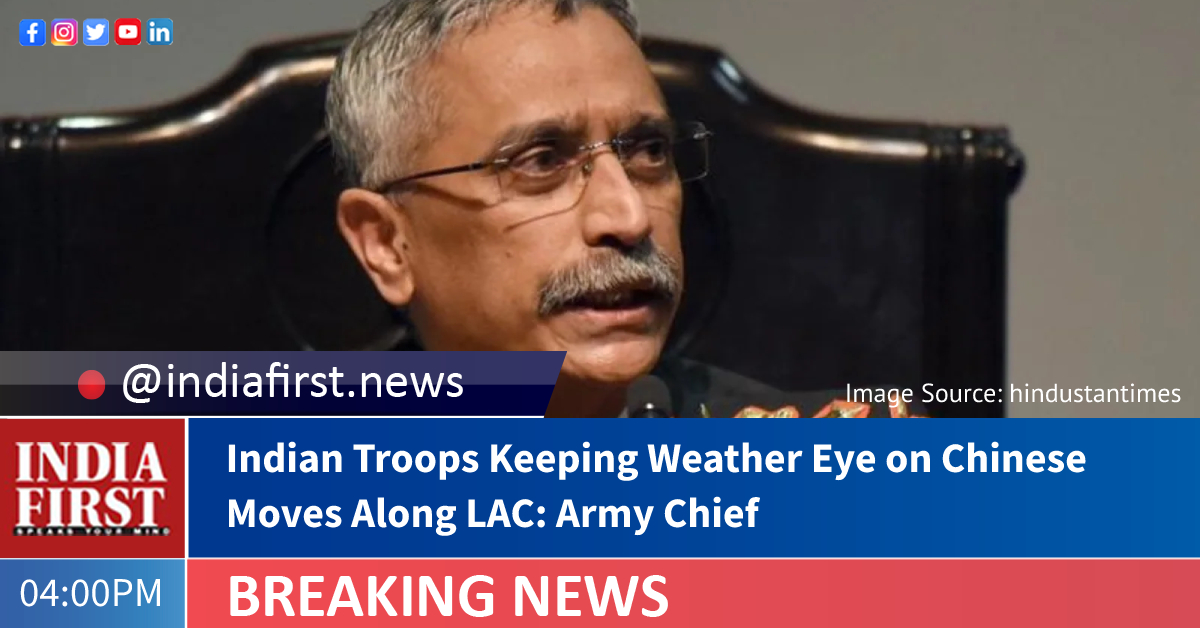 The chief of Indian Army, M.M. Naravane, said today that the troops are on high alert at Line of Actual Control (LAC), keeping a close watch on the activities of the Chinese People’s Liberation Army.

The army chief also pointed that India wants the status quo ante of April 2020 to be restored.

Naravane stated that India has made it clear to China that de-escalation will only be considered once disengagement is completed to the mutual satisfaction of both sides.

He said that Indian troops are on high alert and deployments have not thinned after the disengagement in Pangong Lake.

The army chief maintained that China has deployed around 50,000 to 60,000 troops in Eastern Ladakh in immediate depth, so India has also made mirror deployments in depth.

Naravane also said that India is keeping an eye on the developments on the Chinese side.

He said India is currently concentrating on resolving the outstanding problems at other friction points like Hot Springs, Gogra and Depsang along the LAC.

He also pointed out that India’s stand on the disengagement agreement in the Pangong Lake area remained the same, i.e., the status quo ante of April 2020 must be restored.

The army chief also stated that trust levels between the two countries are low, but pointed out that the trust deficit should not hinder the negotiation process.

The 12 rounds of military commander-level talks between India and China to resolve the border issue will take place soon. It has been delayed due to the surge in the number of Covid cases.

General Naravane recently reviewed the operational preparedness of the force along the borders with China in the Arunachal Pradesh region.

He went to Dimapur in Nagaland on May 20 on a two-day visit to review the operational readiness along the northern borders of Arunachal Pradesh, and the security situation in the hinterlands of the Northeast region.

India and China are engaged in a year-long standoff along the LAC. The confrontations began on the north bank of Pangong Lake, both in the waters and the bank, as Chinese incursions increased in early May last year.