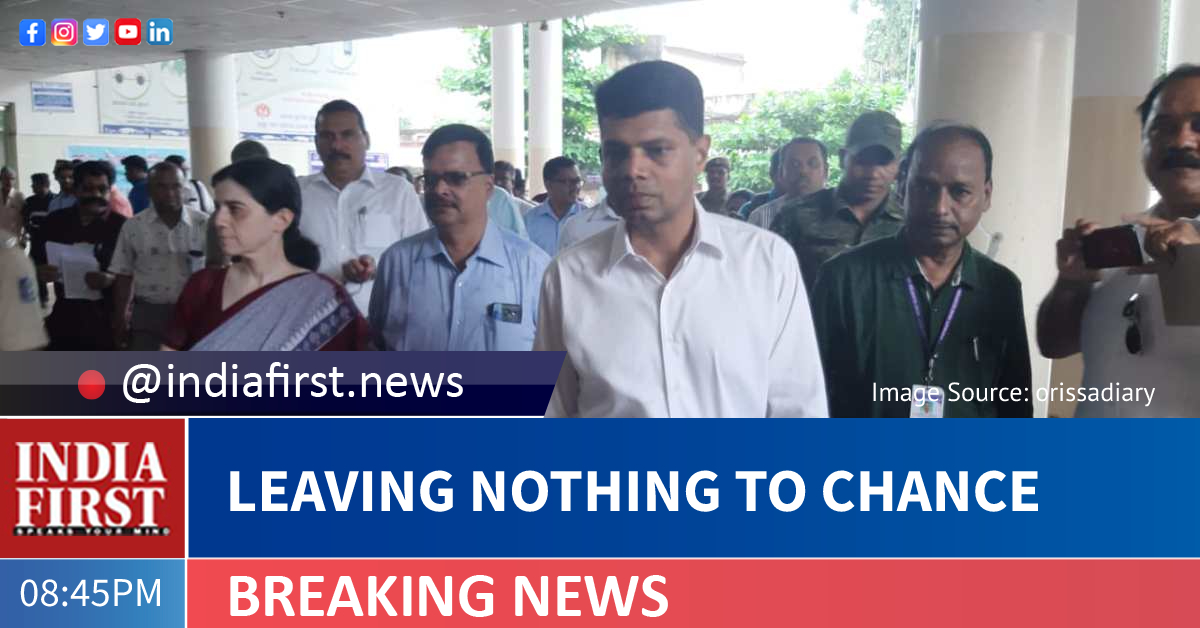 Chief Minister Naveen Patnaik’s grand vision and his trusted bureaucrat VK Pandian’s perfect execution of it have together worked wonders for Odisha.

Yaas came with a deadly warning but Odisha was prepared well enough to see the cyclone off with no reported casualties and remain on the path to victory over the coronavirus pandemic.

Make no mistake, Cyclone Yaas wreaked enough havoc for Prime Minister Narendra Modi to announce relief to the tune of Rs 500 Crore soon after he conducted an aerial survey of the affected districts in the state yesterday.

But the Naveen Patnaik administration has become such a world-class past master at disaster management over the past decade that it was ready this time to trade off immediate relief from the Centre for acceptance of its proposed long-term solutions to the cyclone-prone state’s regularly recurring problems.

The second wave of Covid-19 also seems to be coming under control in Odisha with a marked drop in daily cases over the past few days, thanks in no small part to a well-enforced lockdown and further ramping up of the state’s already robust health infrastructure.

Apart from the visionary leadership of five-time Chief Minister Naveen Patnaik, there is a common thread in Odisha’s success stories on many fronts – from public health and sports to public administration and economic development – over the past decade.

That is V Karthikeyan Pandian.

Ever since this 2000-batch IAS officer became the Private Secretary to Chief Minister in 2011, he has been busy implementing his boss’s plans at the ground level with increasing efficiency while maintaining a low profile.

Pandian has been so integral to the development and execution of the Chief Minister’s vision of bringing about transformation in Odisha through technology, transparency, teamwork and timeliness in the delivery of government services – that he was given additional charge as Secretary to CM Transformation and Initiatives upon the institutionalisation of the 5T model of governance in Odisha in 2019.

Overseeing the implementation of Mo Sarkar, an initiative which was launched in the same year with aim of making governance citizen-centric, he has regularly toured across the state to inspect government facilities – often without prior notice – and review the quality of services they provide to locals.

Pandian’s quiet but pivotal role in making Odisha the sports capital of India was also recently revealed when the International Hockey Federation conferred on him the prestigious FIH President’s Award for his “outstanding contribution and services to hockey in India”.

Although the Chief Minister has always maintained a zero-tolerance policy on corruption, the crackdown on unscrupulous public servants has clearly intensified after Pandian became 5T secretary. An unprecedented number of government officials and politicians have been dismissed after facing accusations of graft or for non-performance.

As a result, Odisha’s national and international profile has risen significantly thanks to its fast improving socioeconomic and human development indicators over the past decade.

It was sheer coincidence that Chief Minister Naveen Patnaik began his fifth consecutive term in power two years ago on May 29, also the birth date of Pandian, who has earned his place as one of Odisha’s most respected and powerful bureaucrats of all time. But the wonders the two have worked for the state and its people was no coincidence, as they left nothing to chance.