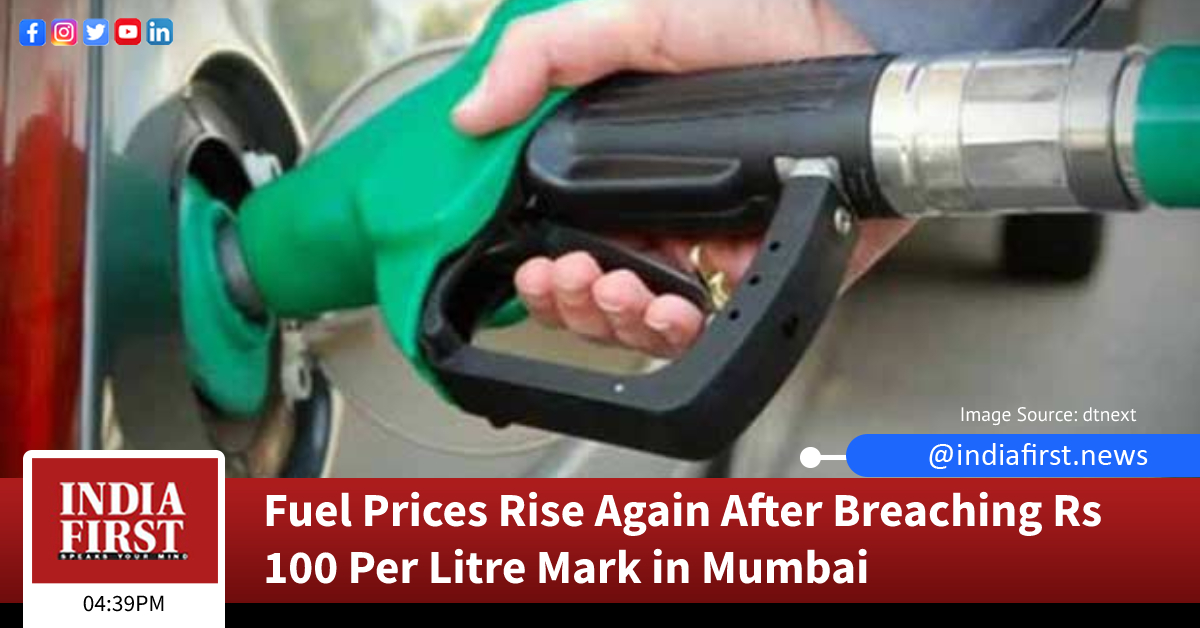 After a day’s pause, fuel prices increased once again today reaching new highs across the country with petrol crossing Rs 100 per litre mark in several cities.

Accordingly, the pump prices of petrol and diesel increased by 29 paise and 26 paise per litre to Rs 94.23 and Rs 85.16 per litre respectively in Delhi today.

Across the country as well, petrol and diesel prices increased today but the quantum varied depending on the level of local taxes in different states.

Mumbai is not the only city to have unique distinction of petrol breaching the Rs 100 pet litre mark. Thane reached the mark few days back while few other cities in Rajasthan (including Jaipur) Madhya Pradesh and Maharashtra, having the highest VAT levels on auto fuels in the country, have already been selling normal petrol for over Rs 100 a litre for past several days.

Premium petrol prices have already crossed the Rs 100 per litre mark in Mumbai and other parts of the country through increase in the retail rates in the month of January and February.

With today’s price rise, fuel prices have now increased on 16 days and remained unchanged on 15 days in the month of May. The 15 increases in May has taken up petrol prices by Rs 3.83 per litre in Delhi. Similarly, diesel price has increased by Rs 4.43 per litre in the national capital.

Under daily price revision, OMCs revise petrol and diesel prices every morning benchmarking retail fuel prices to a 15-day rolling average of global refined products’ prices and dollar exchange rate. However, in a market where fuel prices need to be increased successively, oil companies this month have been holding back price rise on few days before starting the process all over again.

It was written earlier that OMCs may begin increasing the retail price of petrol and diesel post state elections as they were incurring losses to the tune of Rs 2-3 per litre by holding the price line despite higher global crude and product prices.

With global crude prices rising again to around US$70 a barrel mark, OMCs may have to keep revising prices upwards for some more time.