Nearly 60% of Covid Casualties Had No Health Issues, Over a Third from Under-45 Age Group: Survey | India First e Newspaper Skip to navigation Skip to content 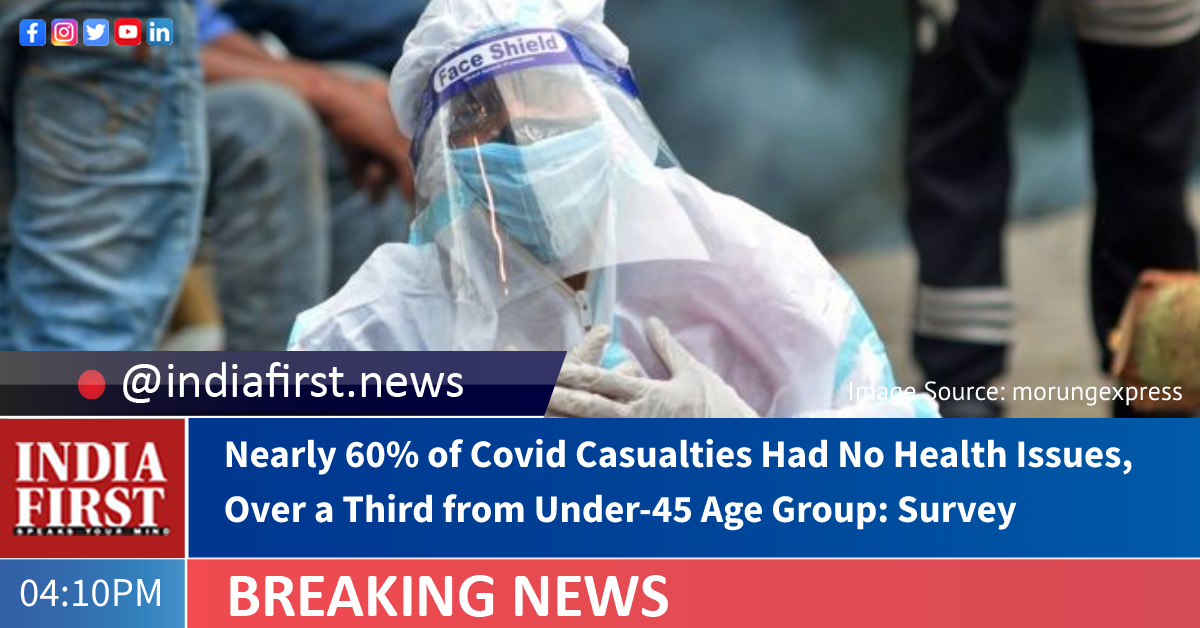 After more than 3 lakh deaths during the pandemic, an IANS-CVoter survey showed 58 per cent people who lost their lives were completely healthy before getting infected.

The respondents also said 10.9 per cent of the deceased did not have any serious ailments but were not completely healthy; 17.5 of the victims had serious ailment like heart disease, diabetes, TB, Cancer, while 13.3 per cent did not know about it.

More and more analysis revealed that most of the deaths occurred in the age group below 45. which was 36 per cent of the total deaths. This was followed by 34.4 per cent in age group of 46 to 65 years while 21 percent died above this age group.

India yesterday reported 1.65 lakh fresh Covid-19 cases in 24 hours with 3,460 deaths – one of the lowest since April 12, the Union Health and Family Welfare Ministry said.

India registered record deaths due to Covid on May 21 with 4,529 deaths – the highest number of fatalities from Covid infection in any country since the coronavirus outbreak was reported in China’s Wuhan in December 2019.

After battling a brutal second wave for weeks, fresh Covid cases came down below the three lakh-mark for the first time on May 17 after touching record high of 4,14,188 on May 7.