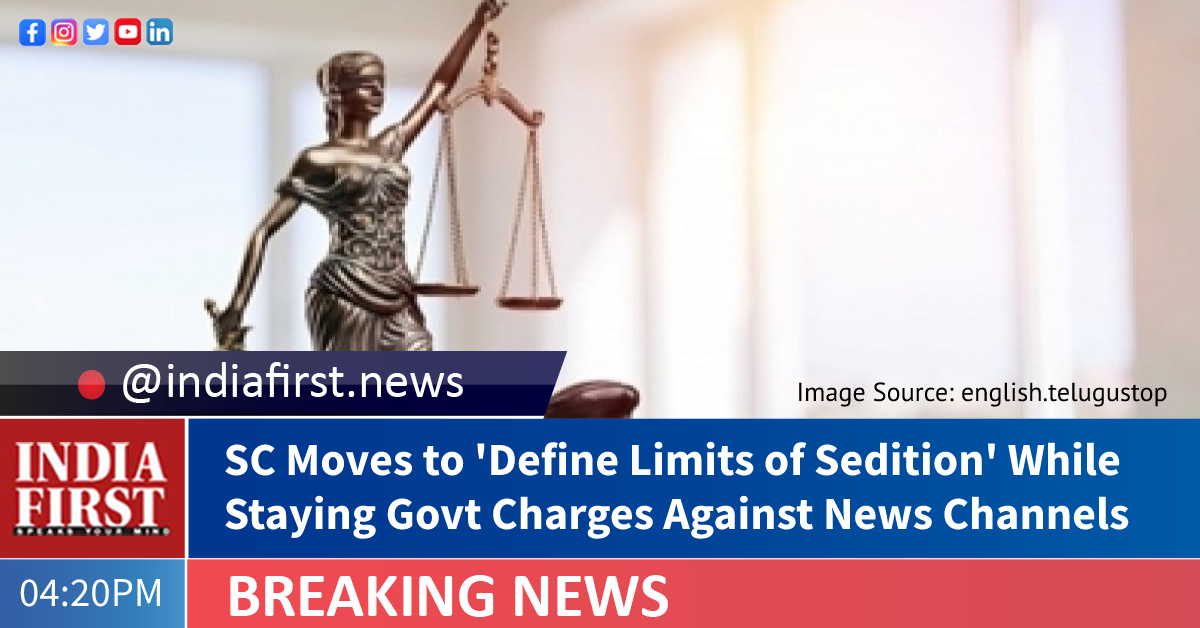 Taking a strong view on attempts to muzzle the Fourth Estate, a three-judge bench of the Supreme Court has called for defining “the limits of sedition”, as it put on hold coercive action against two Telugu channels – TV5 news and ABN Andhra Jyoti.

The Andhra Pradesh police had mentioned the coercive measures in an FIR alleging sedition.

Emphasizing everything cannot be treated as sedition, the bench said the Andhra Pradesh government’s act of filing sedition cases against the channels is an attempt to muffling their voice.

The channels moved the top court seeking quashing of FIRs and also contempt petitions contending that Andhra police action violated the April 30, court’s order, which emphasized on restraining prosecution against citizens, who ventilate grievances in connection with Covid issues.

The top court said the TV channels broadcasting programmes and print media publishing views, “howsoever critical of government, may not be seditious”.

The top court observed that it would endeavour to define sedition in the context of such charges being invoked against media.

The apex court asked the Andhra government to respond to the petitions and contempt pleas of two TV channels within four weeks and in the interim, the court added that the police will not take any coercive steps against TV channels and journalists.

The bench noted there was a need to define the scope of offences under Section 124A (sedition) and 153A (promotion of communal hatred) under the IPC, especially in the context of media freedom.

Luthra sought for a stay of investigation, but the bench replied that it will only stay coercive action at the moment.

The pleas argued that the only allegation in the FIR against the news channels was that they allotted “premediated” and “organized” slots to Raju, which evinces a meeting of minds amongst the accused persons.

On May 14, Raju, was arrested weeks after he asked a CBI special court to cancel the bail of Chief Minister Jagan Mohan Reddy, in a disproportionate assets case.

On May 21, the top court granted bail, citing a possibility that he was “ill-treated in custody”.