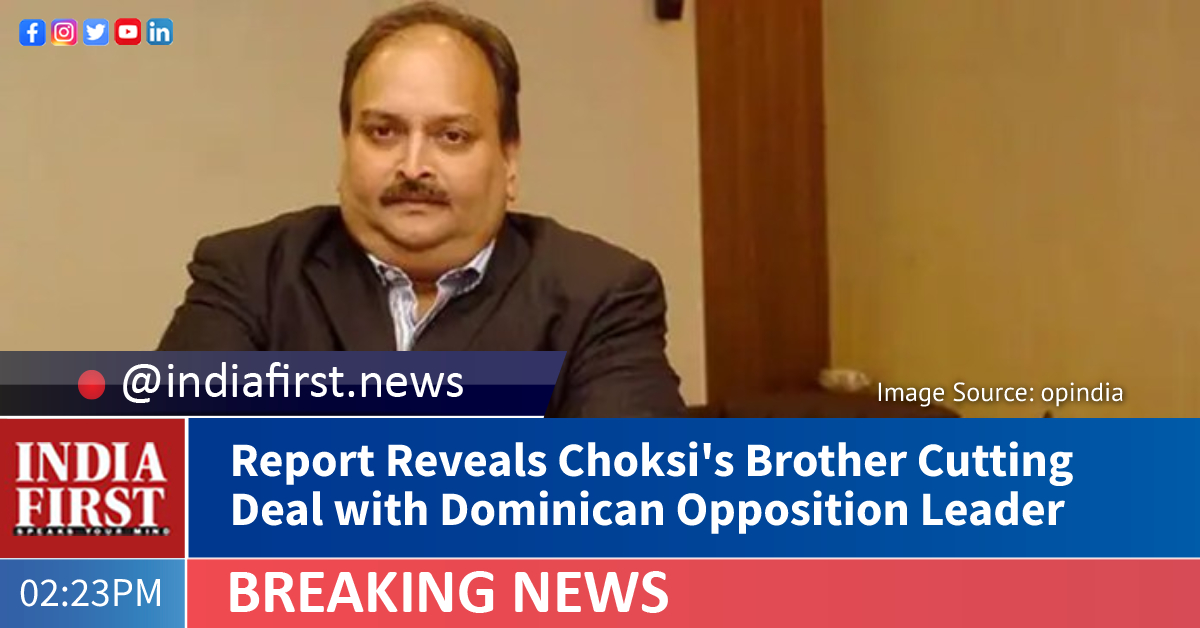 Fugitive diamantaire Mehul Choksi’s elder brother Chetan Chinu Bhai Choksi had met the Leader of Opposition of Dominica, Lennox Linton, and agreed on a deal that in exchange for token money and promise of election donation, the opposition leader will press Choksi’s matter in the Parliament, Associate Times, a news outlet based in the Caribbean island nation, reported yesterday.

The news outlet claimed that Chetan had landed in Dominica on May 29 on a private jet and met Linton in Marigot the next day.

It claimed that the meeting between the two men lasted for two hours at Linton’s home, where they discussed several aspects related to Choksi’s arrest and “agreed on the commitment that in exchange for token money and promise of election donation, the opposition leader will press the matter in the Parliament”.

The report further said that Choksi’s brother got into an agreement with the Dominican opposition leader and promised him election funding for pushing the abduction theory.

The news outlet also claimed that Chetan disclosed during the conversation that Choksi had reached Dominica on his own, but they required the assistance of the opposition to tackle the matter in court and against the Dominica government to make them believe that he was abducted by Antiguan and Indian police.

Choksi, who is wanted in India in the Rs 13,500 crore Punjab National Bank (PNB) loan fraud case, went missing on May 23 from Antigua, sparking a massive manhunt. He was captured in Dominica on May 27.

A Dominica court has restrained the deportation of Choksi until further orders while hearing the habeas corpus filed by his lawyers. The court will next hear the matter today.

Earlier, Antigua and Barbuda Prime Minister Gaston Browne and the prime opposition party in the island nation, UPP, had locked horns over the issue of deporting the fugitive diamantaire to India.

Choksi is wanted by the Central Bureau of Investigation (CBI) and the Enforcement Directorate (ED) in connection with the PNB loan fraud case.

An eight-member team of the CBI, ED, MEA and CRPF has been camping in Dominica since Saturday. The team is there with the documents related to case of Choksi.