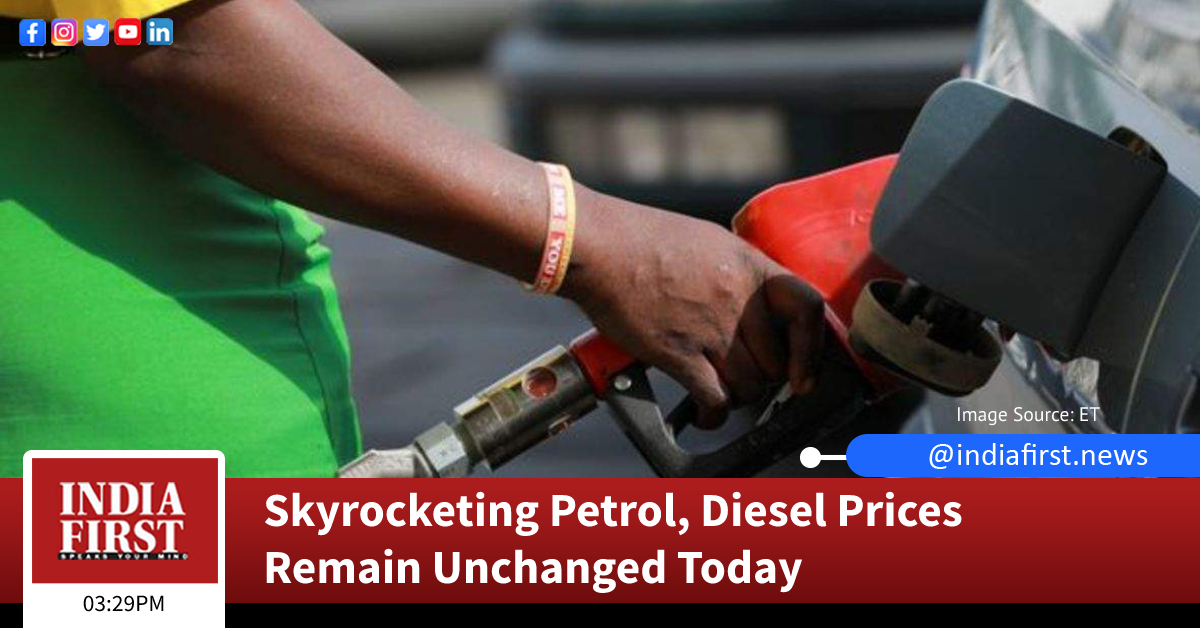 Fuel price rise in the country went for a longer pause as oil marketing companies (OMCs) kept the pump rate of petrol and diesel unchanged for the second consecutive day today.

Accordingly, the pump prices of petrol and diesel remained at Rs 94.49 and Rs 85.38 per litre respectively in Delhi today.

In the city of Mumbai, where petrol prices crossed the Rs 100 per litre mark for the first time ever on Saturday (May 29), the fuel price remains at new high of Rs 100.72 per litre. Diesel price also continues to be at Rs 92.69 a litre, the highest among metros.

Across the country as well, petrol and diesel prices remained static today but the retail prices varied depending on the level of local taxes in different states.

Mumbai is not the only city to have unique distinction of petrol breaching the Rs 100 per litre mark. Thane reached the mark few days back while few other cities in Rajasthan (including Jaipur) Madhya Pradesh and Maharashtra, having the highest VAT levels on auto fuels in the country, have already been selling normal petrol for over Rs 100 a litre for past several days.

Ganganagar in Rajasthan has the highest level of petrol price at Rs 105.52 a litre while diesel prices there as well is closing on the century mark remaining at Rs 98.32 a litre. While Rajasthan in general has high retail prices of fuels due to high VAT rates, Sri Ganganagar, a small city in the state near the India-Pakistan border, has the most expensive auto fuel in the country due to higher freight it had pay to get fuel at stations.

With today’s price revision pause, fuel prices have now increased on 17 days and remained unchanged on 17 days since May 1. The 17 increases have taken up petrol prices by Rs 4.09 per litre in Delhi. Similarly, diesel has increased by Rs 4.66 per litre in the national capital.