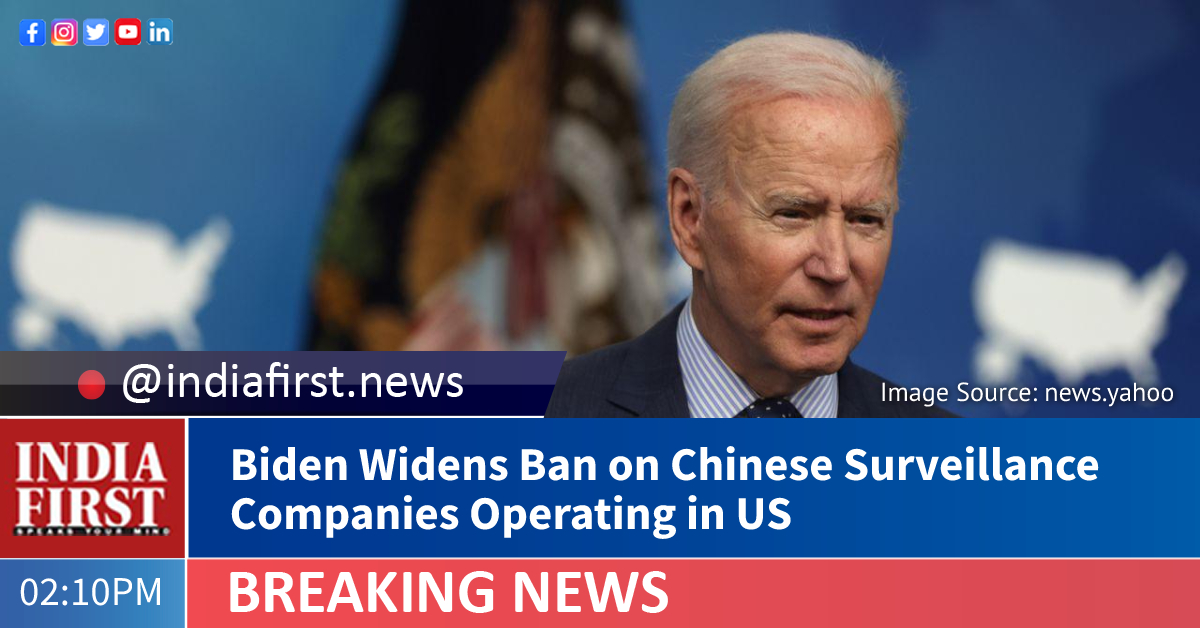 Expanding a Donald Trump-era ban on Chinese surveillance companies with alleged ties to the military, US President Joe Biden has signed an executive order that increases the number of restricted Chinese firms from 48 to 59.

The move is a clear signal that Biden wants to continue with old policies related to Chinese firms doing business in America and does not want US citizens to invest in companies that create and deploy surveillance technology.

The order, passed on yesterday, does not include Chinese firms DJI, WeChat, TikTok or its parent company ByteDance.

It is still unclear how Biden aims to address the TikTok ban.

“In addition, I find that the use of Chinese surveillance technology outside the PRC and the development or use of Chinese surveillance technology to facilitate repression or serious human rights abuse constitute unusual and extraordinary threats, which have their source in whole or substantial part outside the US, to the national security, foreign policy, and economy of the US,” Biden said in the order.

The executive order extends to Americans investing in funds that then invest in Chinese firms as well.

Under the new order, the Treasury Department will be in charge of the list of banned companies.

The former Trump administration had previously put the authority on the Defense Department, reports The Verge.

The New York Times reported that the move is part of the Biden administration’s not to facilitate human rights abuses in China, as the government there is known for using facial recognition technology, phone scanners and Artificial Intelligence as part of a surveillance push.