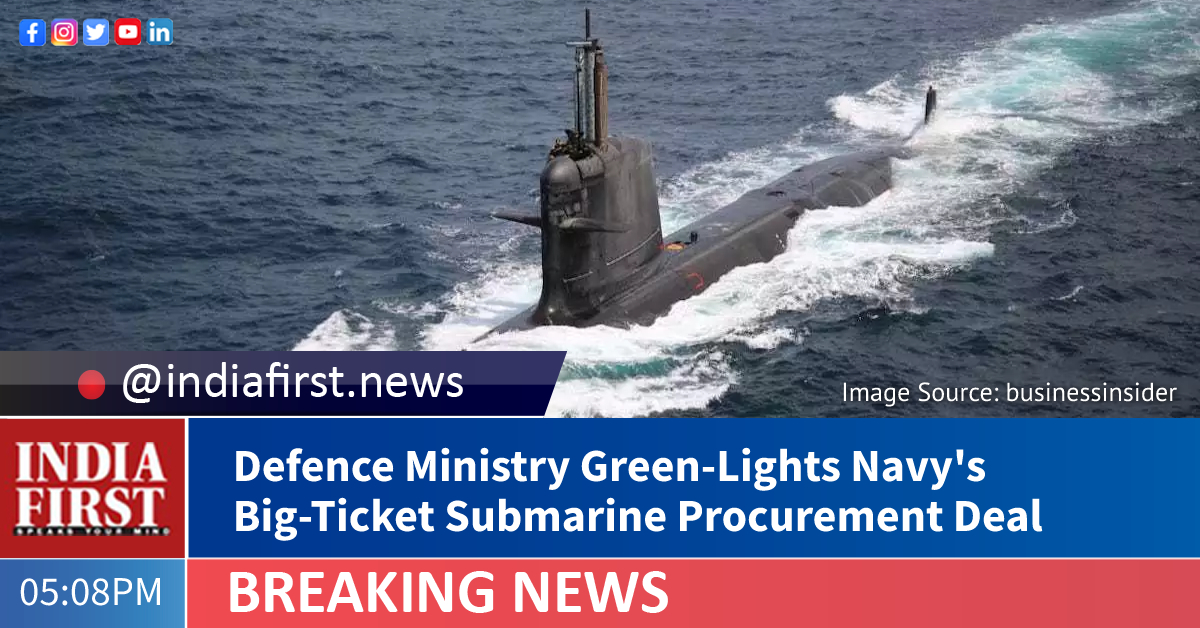 The Defence Acquisition Council (DAC) has cleared the issuing of a Request For Proposal (RFP) for the Indian Navy’s mega-deal to procure six submarines under Project-75I through a strategic partnership route worth over Rs 45,000 crore.

The mega-deal was approved during the DAC meet today led by Defence Minister Rajnath Singh.

The mega submarine project for the building of indigenous submarines for the Navy got the final clearance wherein two Indian companies that can work in collaboration with a foreign manufacturer.

The RFP has been issued to Mazagon Docks (MDL) and private company Larsen & Toubro.

Under the Project 75I, the submarines for the Indian Navy are going to be constructed in India and will be through ToT by the OEMs.

This project is under the strategic partnership model which was adopted in an effort to ensure building capacity in the Indian industry.

The idea is that this is going to help in the local manufacturing of major military platforms.

The project received clearance from the Cabinet Committee on Security (CCS) way back in 1999 and Acceptance of Necessity granted in 2007.

The strategic partnership model aims at promoting India as a manufacturing hub for defence equipment, in addition to establishing an industrial and R&D eco-system capable of meeting the future requirements of the Armed Forces besides giving a boost to exports.

The Indian Navy currently has 12 submarines.

In addition, there are two nuclear submarines INS Arihant and INS Chakra in the navy’s fleet.

Upgrading its submarine operations and the naval fleet has been the top priority for the Indian Navy in wake of the increased presence of Chinese vessels in the Indian Ocean region.