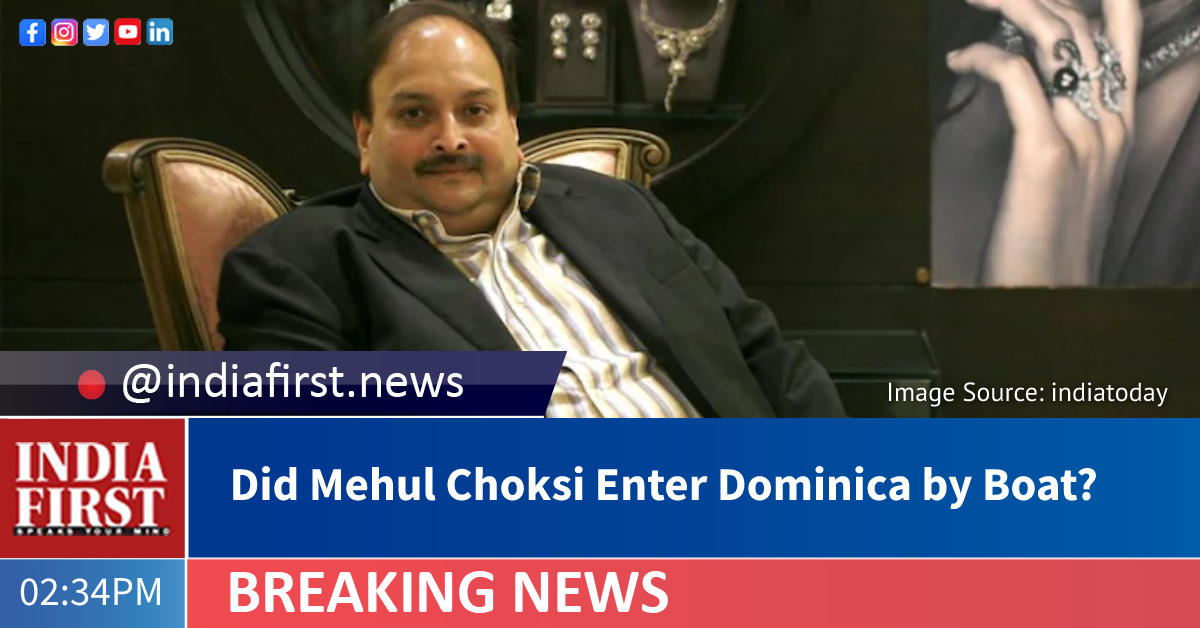 Even as fugitive businessman Mehul Choksi, who is wanted in Rs 13,500 crore Punjab National Bank (PNB) fraud case, is facing charges of illegally entering Dominica, documents show that two boats may have been used in the operation involving his entry into the island nation.

It is still being ascertained by multiple agencies including that on how he reached Dominica.

The pictures of the boat, several documents, the two vessels and the pictures of two men dressed in black kurta payjama standing on board with three other men have been accessed.

These two boats which might have been used are named – Calliope of Arne and Lady Anne. The passenger list of Callioppe of Arne shows Gurjit Bhandal, a resident of Birmingham in UK and Gurmit Singh, a resident of India.

According to records, Lady Anne boat passenger list shows Gurmit Singh also as a resident of UK along with Gurjit Bhandal, two crew members Egbert Joyeux as the boat captain and Eugene Davidson.

The large boat named Calliope of Arne by Cobra Tours belongs from St Lucia, another Caribbean country, while Lady Anne by one Hackshaw Boat Charters Limited also registered in St Lucia. It is claimed that two boats might have been used at different stages to bring Choksi to Dominica from Antigua.

Several calls and messages to Choksi’s wife Priti Choksi and his lawyer Vijay Agarwal went unanswered by the time of filing this report.

Also, there was no confirmation from the Indian government over the two boats and their passengers in question.

Choksi’s wife and his lawyers have been claiming that the businessman was abducted from Antigua by some men of Indian origin and later forced to board a vessel.

His lawyer in India, Vijay Agarwal, had said: “Choksi was forced to get into a vessel from Antigua and was taken to Dominica and there were marks on Choksi’s body, implying the use of force.”

“There is something fishy and I guess it was a strategy to take him to another place so that there are chances of sending him back to India. So I don’t know what forces are operating. time will tell,” he had said.

Antigua Police Commissioner Atlee Rodney has rubbished the claims of Choksi’s counsel and said that they have no information on him being forcefully removed.

However, it is not yet not clear how Choksi arrived in Dominica, where is he facing the charge of entering illegaly.

Choksi had gone missing from Antigua from May 23 sparking a massive manhunt. He was captured in Dominica three days later on May 26.

A Dominican court has restrained the extradition of Choksi till further orders by hearing the habeas corpus plea filed by his lawyers.

On May 2, Choksi appeared before a local magistrate in Dominica and pleaded not guilty of entering Dominica illegally. On May 27, first pictures of Choksi emerged online, showing several signs of bruises on his arms and a swollen eye.

An eight-member team of Indian officials has also landed in Dominica on a private jet for the extradition of Choksi.