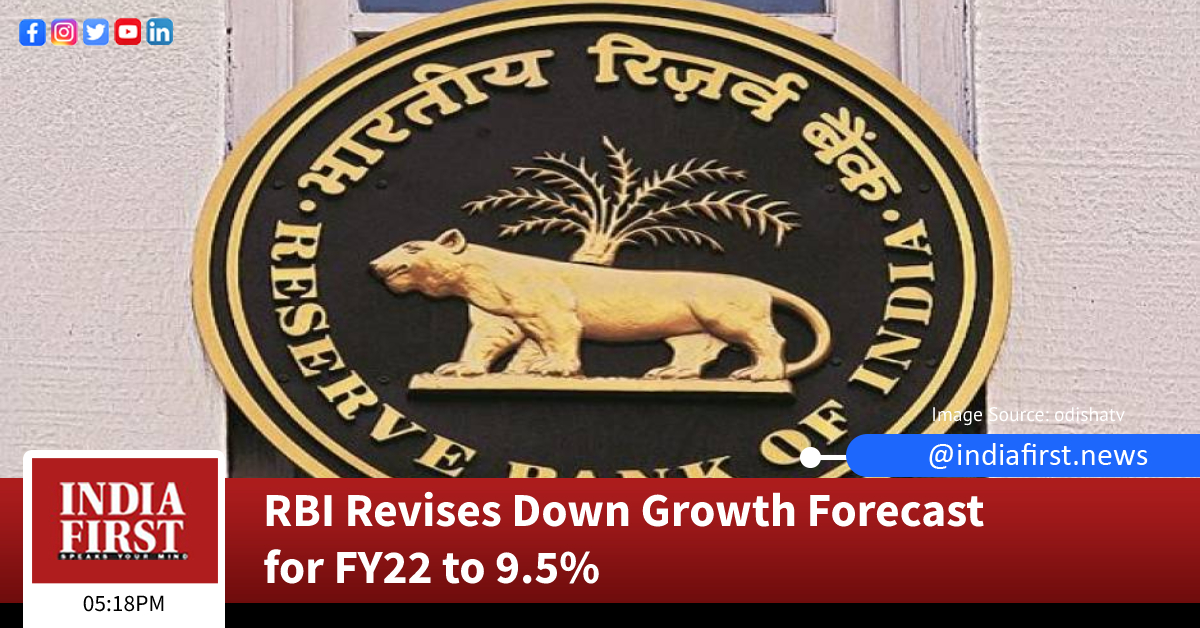 The Reserve Bank of India (RBI) has lowered its growth projection for the current financial year to 9.5 per cent from the previous estimate of 10.5 per cent.

Amid the severe second wave of Covid-19 and the lockdowns across states, the RBI has sharply reduced the growth estimate for the April-June quarter to 18.5 per cent. The previous estimate for the period was 26.2 per cent.

Several banks and rating agencies have off late lower the growth estimate for the current fiscal largely on the back of the economic impact of the lockdowns and the hopes for a double-digit growth now seem to be too ambitious.

Further, the central bank foresees the retail inflation for FY22 at 5.2 per cent.

The central bank has retained its key short-term lending rates along with the growth-oriented accommodative stance during the second monetary policy review of FY22 today.

Accordingly, the Monetary Policy Committee (MPC) of the central bank voted to maintain the repo rate, or short-term lending rate, for commercial banks at 4 per cent.

Likewise, the reverse repo rate was kept unchanged at 3.35 per cent, and the marginal standing facility (MSF) rate and the ‘Bank Rate’ at 4.25 per cent.

It was widely expected that MPC would hold rates and the accommodative stance.

In his statement post the MPC’s decision, RBI Governor Shaktikanta Das said that the MPC is of the view that policy support from all sides would be required to gain growth momentum of the economy.