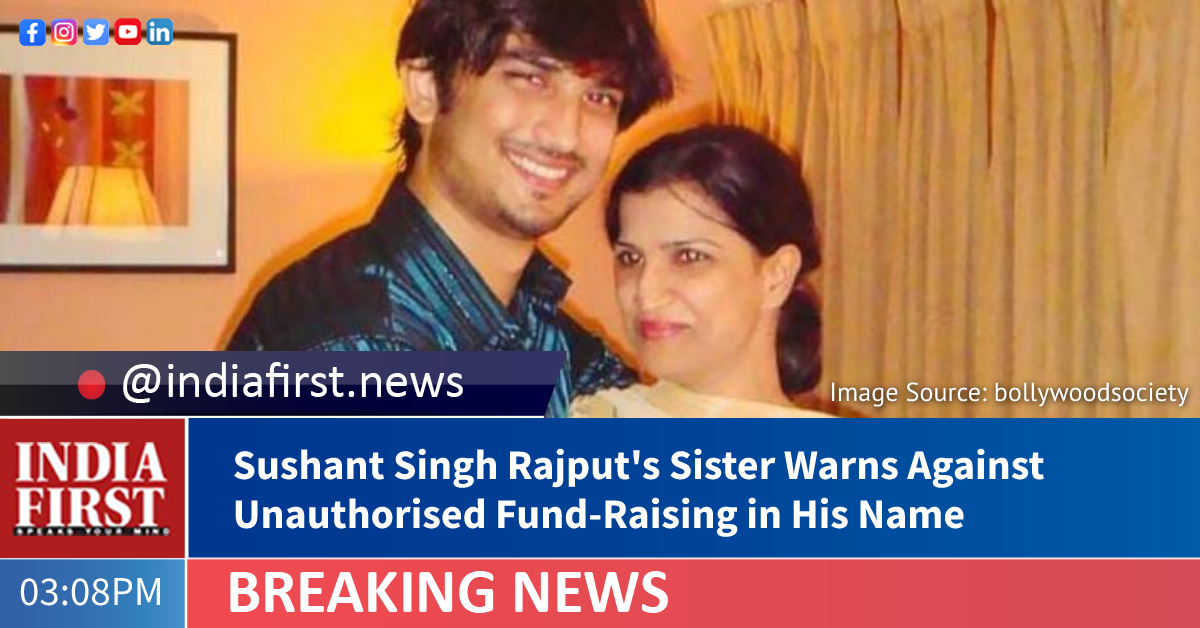 Sushant Singh Rajput’s elder sister Meetu Singh has warned fans against funds being raised in the late actor’s name, adding that the family does not permit “anything about or related to SSR, be it a movie, a book or a merchandise”.

“Unfortunately, it has come to our notice that some people are taking advantage of this situation for their own personal benefits which is an unexplainably inhuman act. All these people are required to refrain themselves from doing so,” Meetu wrote in a tweet.

“We would also like to bring this to everyone’s notice that the family has not authorised anyone to raise donations or funds in the name of SSR and no one has the consent to make anything about or related to SSR, be it a movie, a book or a merchandise,” she added.

“The family is not fond of turning a devastating tragedy into a profit and we will not allow anyone to do so. #JusticeForSushantSinghRajput #SSRians #SushantSinghRajput,” she further wrote.

Sending out a message for Sushant’s fans who are still fighting for justice for him, his sister tweeted: “With relentless efforts all the SSRians have been chasing Justice for Sushant as their only motive and I assure you all that the family is fighting for justice with equal desperation if not more. All the SSRians have the freedom to continue Sushant’s legacy. #SushantSinghRajput.”