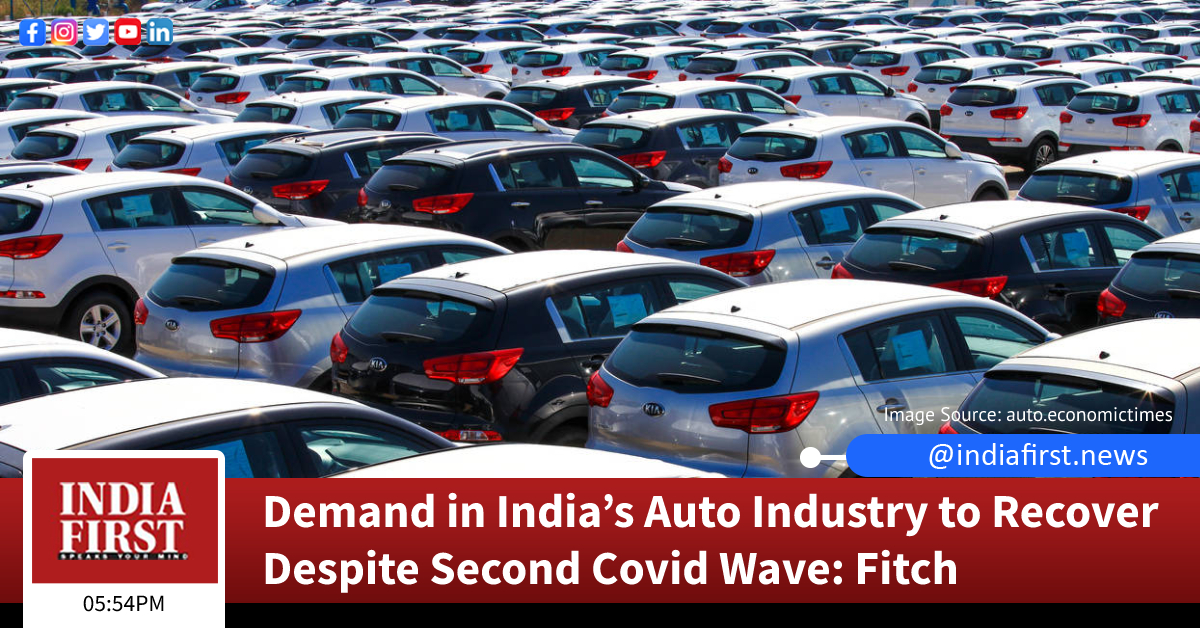 A less severe economic impact from the pandemic’s second wave and resilient buyer sentiment will support a swift rebound in India’s automotive demand after curbs are eased, said Fitch Ratings.

This should drive double-digit growth across most segments in the financial year ending March 2022 (FY22) from a low base, it said.

“We expect sales volume to remain below the peak in FY19,” Fitch said.

“We believe less stringent curbs and lower business disruption will limit the economic fallout compared with last year. The drop in auto sales volume in 1QFY22 from 4QFY21 will be slower than the decline of more than 70 per cent in 1QFY21.”

As per Fitch, buyers are more optimistic due to improved visibility on a longer-term economic recovery and reversal of pay cuts as corporate spending normalises from 2020.

“We expect the impact from the higher cost of ownership due to rising fuel prices and price hikes to be limited, except in the more vulnerable categories such as two-wheelers. Indian automakers’ margins will improve in FY22 on favourable operating leverage, while price increases will offset higher input prices.”

Besides, it cited that global semiconductor shortage will have a limited incremental impact on Indian automakers as the timing of its worst effects during 1QFY22 coincides with weak demand.

It also said that India’s policy to encourage scrapping of older vehicles is unlikely to spur meaningful replacement demand.

In addition, Fitch pointed out that infection waves might delay the expected recovery in automotive sales.

“However, the drop in new infections in May 2021 limits the possibility of more stringent or prolonged lockdowns for now.”