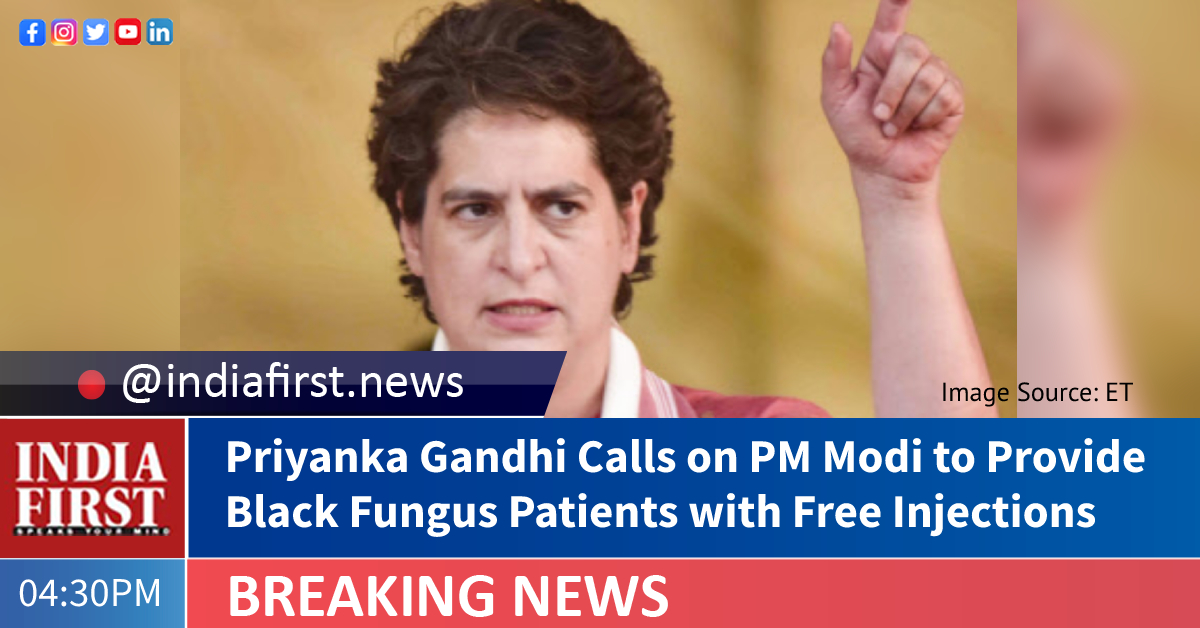 Congress General Secretary Priyanka Gandhi Vadra has appealed to Prime Minister Narendra Modi to provide free injections required for the treatment of black fungus (Mucormycosis), besides asking the government to share the number of the patients who are suffering from the infection.

In an appeal to the Prime Minister, the Congress leader said that the government should make adequate arrangement for the Mucormycosis patients free of cost.

She cited the examples of a daughter requesting to arrange the injection for her father in Indore, and the shortage of the same at Delhi’s Army Hospital, which she said have saddened the country.

Priyanka further said that till date, more than 11,000 cases of black fungus infection have been reported from the country, claiming that there is a shortage of injection to treat the infection.

She also said that the death rate of Mucormycosis is over 50 per cent.

Questioning the government’s intention, Priyanka said that it does not look serious on the issue.

“People have to spend lakhs of rupees for the injection to treat Mucormycosis, which is not treated under the government’s Ayushman Bharat scheme,” the Congress leader said.

She also appealed the government to bring the disease under the ambit of Ayushman Bharat.

Priyanka Gandhi further said that while Mucormycosis has been declared a pandemic, the government has not released its data since May 25.

“According to reports, Mucormycosis cases are on the rise and its data should be shared along with the Covid figures,” she said.

She also appealed to the Prime Minister to increase the production of the vaccines and ensure their availability to the people.