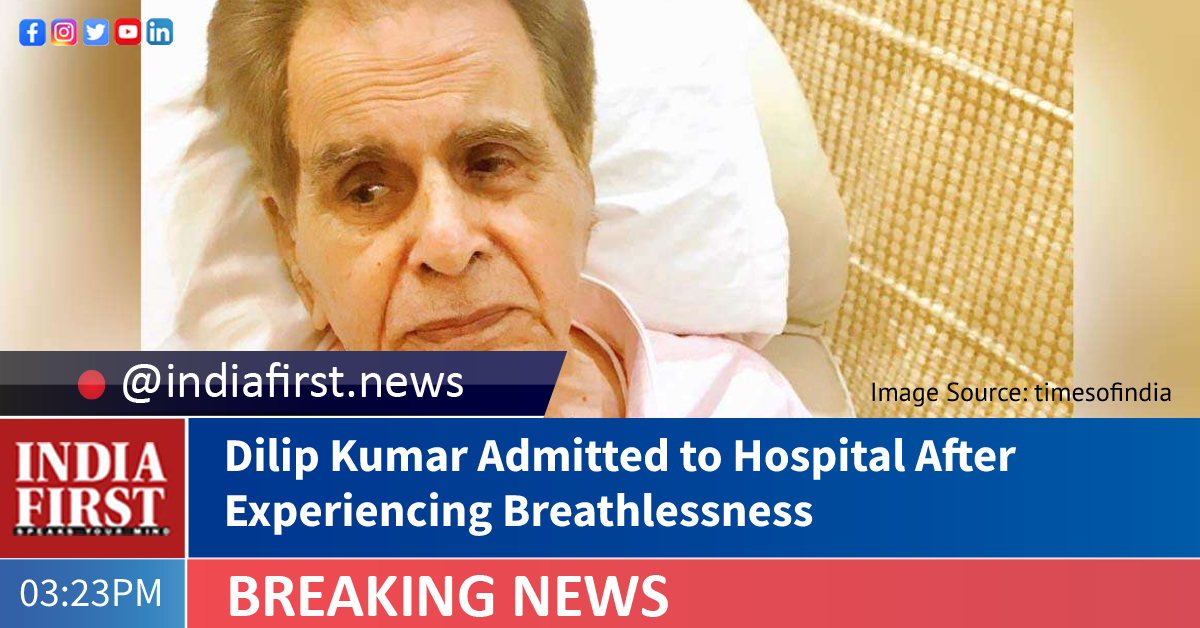 According to the update on his official Twitter handle, the actor has been admitted after experiencing breathlessness.

The tweet on his official Twitter handle read: “Dilip Sahab has been admitted to non-Covid PD Hinduja Hospital, Khar for routine tests and investigations. He has had episodes of breathlessness. A team of healthcare workers led by Dr Nitin Gokhale is attending to him. Please keep Sahab in your prayers and please stay safe.”

The 98-year-old actor, who is considered legendary in Indian cinema, was admitted last month as well. However, he was discharged after two days.