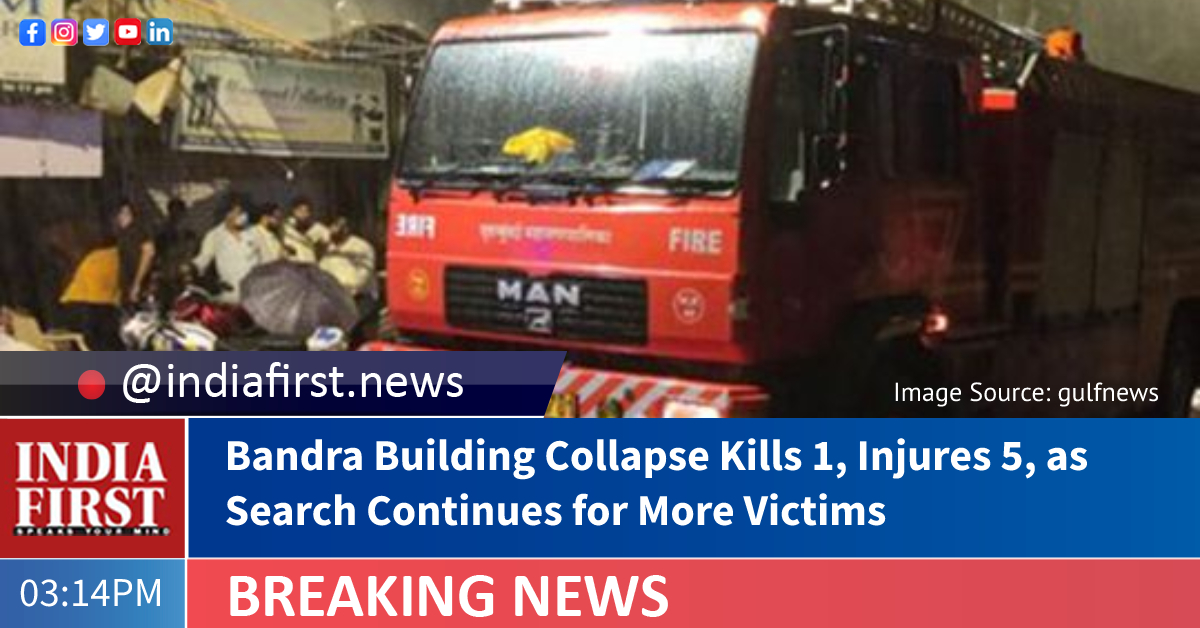 A 28-year-old youth was killed and five others injured when a building collapsed in the Kherwadi area of Bandra East today, officials said.

At around 2.30 a.m., the five-storey structure Razzak Chawl crashed on an adjoining two-storey tenement, trapping many families as they slept.

Locals rescued six from the crash debris while the Mumbai Fire Brigade managed to save 11 more from the rubble.

The victim was identified as Riyaz Ahmad. The five injured have been rushed to nearby hospitals for treatment, as the search continues for more victims.