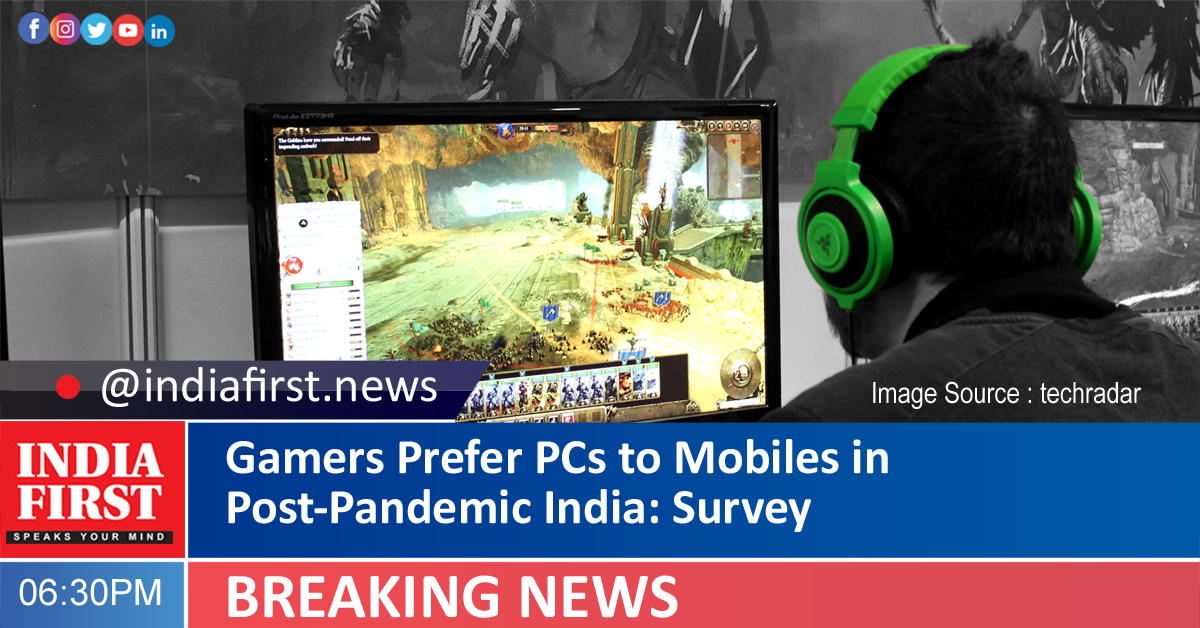 For nine in 10 Indians, gaming especially on personal computers (PCs) helps relieve work and study pressure while reducing stress and inducing positive feelings in the remote era, a new HP India report showed today, clearing indicating that gaming on big screen is now being preferred over mobiles in the country.

Over 90 per cent of those surveyed also said that PC gaming fosters better peer-level socialising and helps make new friends.

While four in 10 (37) per cent mobile gamers want to shift to a PC, indicating strong potential growth for the industry, over 90 per cent respondents view gaming as a viable career option, trend led by women, according to HP India’s ‘Gaming Landscape Report 2021′.

“The ongoing pandemic has changed the world as we knew it. Amid this chaos, given the need of people to find themselves a stress buster and a tool to connect with friends and family, the gaming sector has witnessed a strong boost,” said Vickram Bedi, Senior Director, Personal Systems-HP India Market.

Women (58 per cent) lead men (52 per cent) in preferring PCs in their choice of gaming device.

“HP is committed to innovating its product offerings to cater to the user requirements. Additionally, in HP’s continued endeavour to promote the young Indian gamers, a scholarship has recently been announced which will provide international exposure to Indian gamers along with training and financial support to sharpen their skills,” Bedi informed.

The preference for moving to PCs for gaming was led by Millennials and Gen Z respondents (70 per cent), as well as by casual and enthusiast gamers (75 per cent).

An overwhelming 94 per cent respondents across Tier 2 cities, 88 per cent across Tier 1, and 87 per cent in metro cities prefer PCs over mobile phones for gaming, the findings showed.

“Better processing speed, display and sound are among the top reasons for gamers to migrate to PC gaming,” the report added.

Respondents from Tier 2 cities (84 per cent) appeared more likely to choose a career in the gaming industry than those from Metro cities (78 per cent).

“Gaming is among the fastest growing segments in our PC portfolio and we expect to continue this momentum and consolidate our position as the leading PC gaming brand in India,” said Ketan Patel, Managing Director-HP India Market.

Apart from gaming, respondents highlighted entertainment (54 per cent), photo/ video editing (54 per cent) and graphic design (48 per cent) as other key tasks that they performed on their PCs.