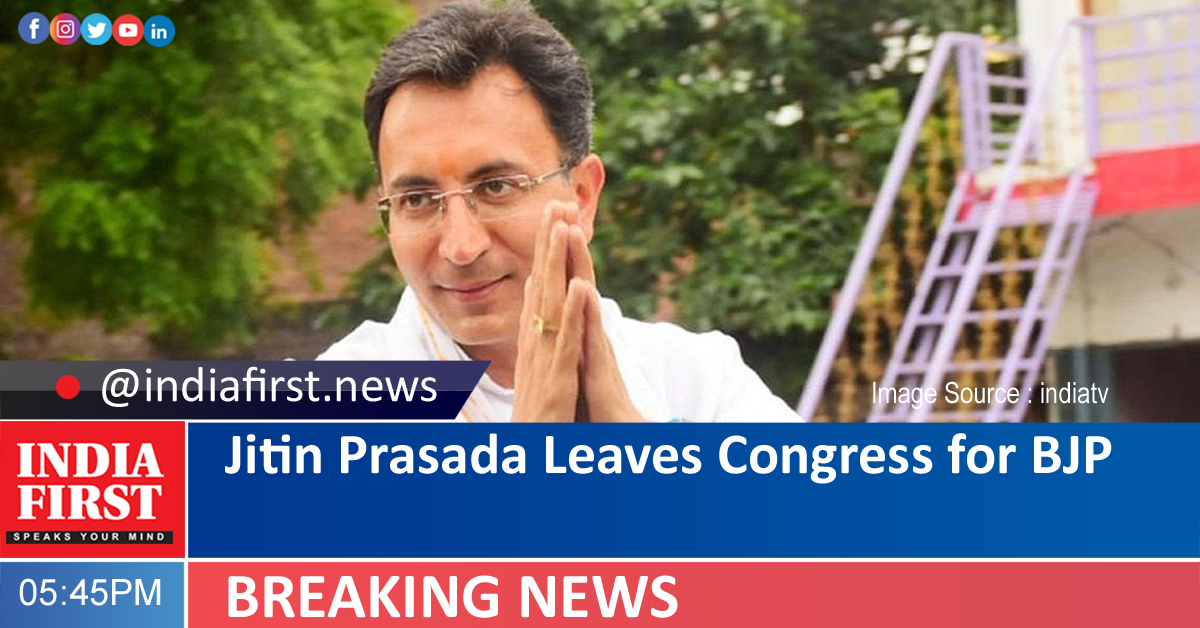 Welcoming Prasada, Goyal praised his commitment to serve the people and said that he (Prasada) will play an important role in Uttar Pradesh. “He will have a major role in Uttar Pradesh politics in the future. He is someone who is connected to the ground realities and is a popular leader in the state,” Goyal said.

Prasada said: “The question is not why I’m leaving a party but why I’m joining another party. If there is a party in the real sense today, an institutional party, then it is the BJP. Other parties are either regional or person specific.”

After joining BJP, Prasad said, “I feel there is no purpose of your doing politics or staying in a political party if a person is not able to serve or protect the interest of its people. I realized being in Congress and not being able to do the same. So, I joined BJP and my work will only speak for itself.”

His father Jitendra Prasada was a prominent ‘Brahmin’ face in Uttar Prasad, who had challenged Sonia Gandhi’s leadership in 1999 and had contested against her for the post of party chief. He died in 2002.

The saffron party believes that Prasada joining BJP will help it pacify Brahmins in Uttar Pradesh, where the Assembly poll will be held early next year. A party insider said that Prasada could be projected as the Brahmin face of the party which is completely missing in Uttar Pradesh.

Prasada, once close to Rahul Gandhi, was part of Group-23 (G-23) signatories who had written to Congress interim president Sonia Gandhi demanding for sweeping reforms in the party. Despite being a dissenter, he was tasked with the Congress campaign in West Bengal, which turned out to be a disappointment. Taking a stand against the party, he opposed Congress’s alliance with the Indian Secular Front (ISF) in West Bengal.