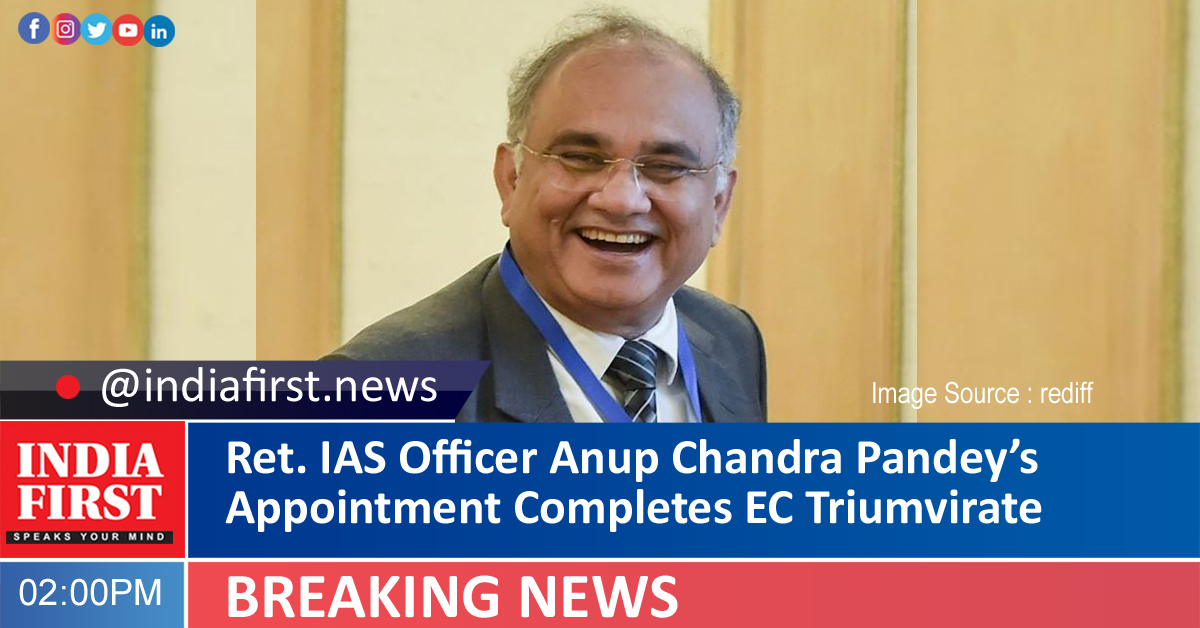 The appointment restores the three-member commission to its full strength, which will now oversee the next set of crucial assembly elections in Uttar Pradesh, Punjab, Goa, Manipur and Uttarakhand next year.

Pandey, a 1984-batch Uttar Pradesh cadre officer, has been appointed to the post in the Election Commission with effect from the date he assumes the office.

A notification in this regard was issued by Legislative Department, Ministry of Law and Justice yesterday.

Pandey was handpicked by Uttar Pradesh Chief Minister Yogi Adityanath to head the state bureaucracy on June 28, 2018. He retired in August 2019. He had served as the Chief Secretary of Uttar Pradesh under Adityanath and also as the Infrastructure and Industrial Development Commissioner of the state.

Born on February 15, 1959, Pandey has held several key positions. He has a BTech degree in mechanical engineering, an MBA degree and a doctorate in ancient history.

The 62-year-old will demit office in February 2024 on attaining the age of 65 years, according to the age criteria guiding the Election Commissioners.

The next Lok Sabha polls could be announced sometime in March 2024, which could be held under Pandey’s watch.