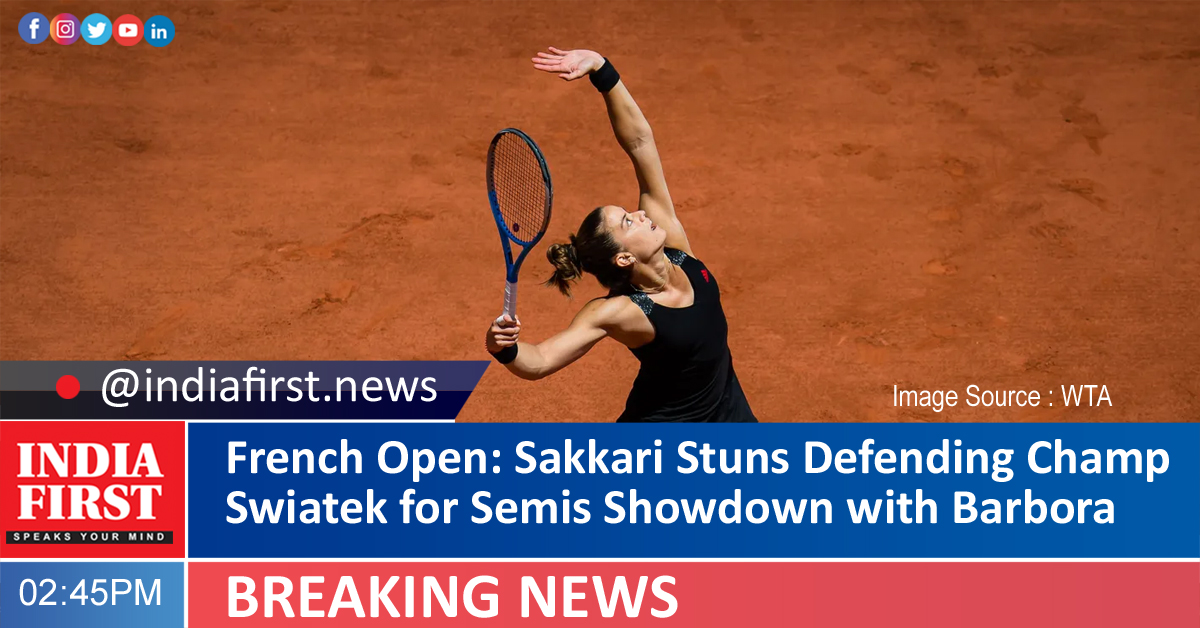 Defending champion Iga Swiatek was sent packing from the French Open by Greek world No.18 Maria Sakkari, who stunned the 20-year-old Polish star 6-4, 6-4 and set up a semi-final clash against Czech Republic’s Barbora Krejcikova.

Maria, who is now the highest-ranked player in the field, is just two wins away from a historic maiden Grand Slam singles title for a Greek woman. A win at the end of the week could also propel her into the top 10.

Iga was on a winning streak of 11 matches and 22 sets at the Roland Garros, but a right thigh strain seemed to be bothering her all through the match against Maria.

Coco had been in great form on clay and cruised to her maiden Grand Slam quarter-final with ease but yesterday she was unable to take any of the five set points in the opening set and simply faded away.

The disappointment after the missed set-points for Coco was evident as she made a poor start to the second set. Coco’s pent-up frustration came to the fore when she smashed her racquet after a double fault that left her 4-0 behind.

Barbora, better known for her doubles exploits – she was ranked world No. 1 in 2018 and has won two women’s doubles and three mixed doubles Grand Slam titles – showed no sign of nerves as Coco self-destructed.