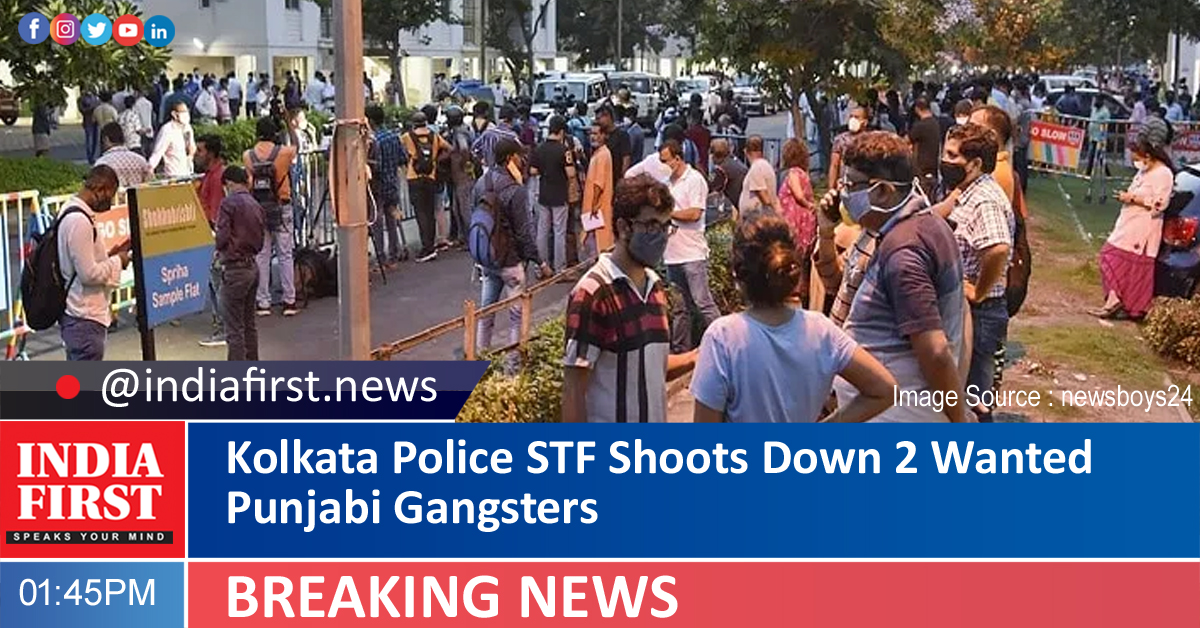 Personnel of Kolkata Police’s Special Task Force (STF) yesterday gunned down two Punjab gangsters believed to be involved in gun running and responsible for killing two policemen. The deceased duo has been identified as Jaspreet Jassi and Jaipal Bhullar.

The STF encircled a residential block in New Town’s Shapoorji complex after a tip-off that the two gangsters were hiding there.

Kolkata Police said the gangsters fired on the STF personnel and tried to escape, but both were killed in the encounter that lasted for around 35 minutes.

The STF raided the residential block after receiving intelligence inputs that the two criminals involved in bringing weapons into West Bengal from Bihar via Birbhum had taken refuge at the New Town complex.

These weapons also find their way into Bangladesh and the northeastern states of India.

According to Kolkata Police, Jaspreet Jassi and Jaipal Bhullar – who were wanted in connection with the killing of two assistant sub-inspectors in Jagraon in Punjab’s Ludhiana district – were killed in the encounter.

Both were wanted in Punjab, Rajasthan, Haryana and Himachal Pradesh for over 40 cases related to robbery, murder, extortion and kidnapping, among others.

However, details regarding a third gangster are not available yet. Senior STF officials are present on the spot.

Sources in the STF said that the cops came to know about the duo a week back when a truck carrying 20 kg explosives was seized and two persons were arrested in this connection.

“Interrogating the duo, we came to know about these two gangsters who were hiding in Kolkata for some days. Further investigation revealed that the duo was hiding in a rented apartment in the Shapoorji complex in New Town,” an STF officer said.

At around at 3.30 pm yesterday, an STF team raided flat number B 153, an LIG apartment where they were hiding since May 22.

Suddenly, they started firing from inside and as a result the cops had to open fire in retaliation.

“We wanted them to surrender but they started firing, so we had to fire back. As a result, both of them died. One of our personnel, Kartick Ghosh, was injured in the firing. He has suffered a bullet injury on his left shoulder and has been admitted to a private hospital,” one of the officers said.

According to STF sources, in May this year, Bhullar, who was a resident of Ferozepur district in Punjab, along with three others had snatched firearms from two cops in Jagraon and shot them dead.