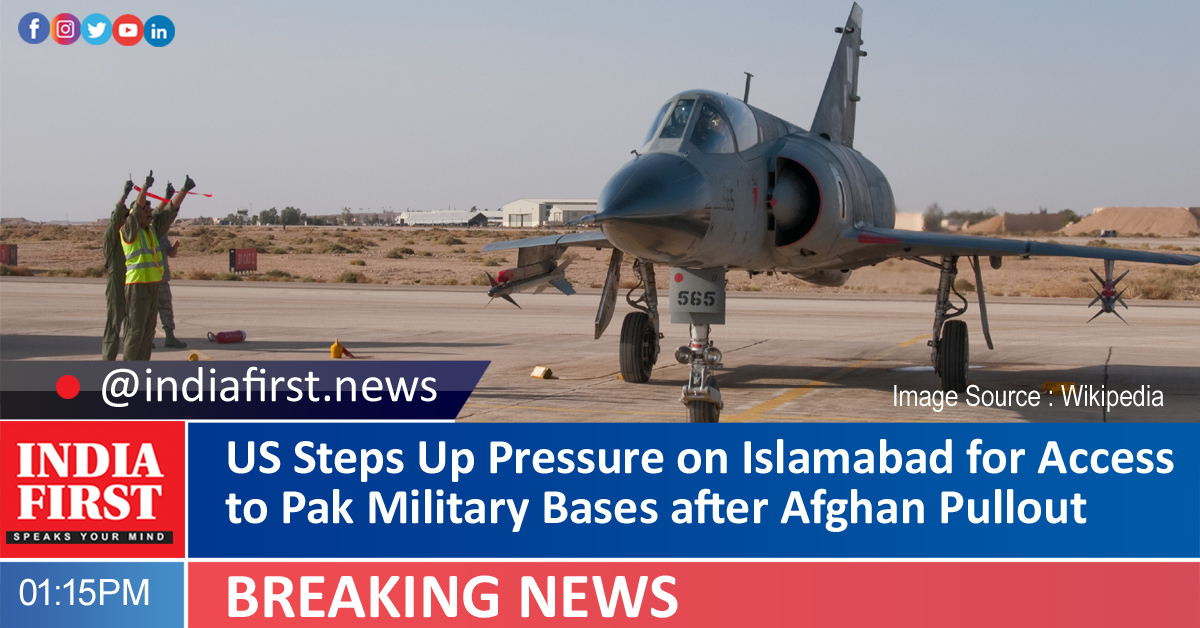 As the US gears up to end its longest fought war in Afghanistan and withdraw its troops from the country, the Joe Biden administration is in deliberations with Pakistan to provide the US access to its airspace and a drone base, which would be used to keep an eye on the situation in Afghanistan after the troops withdrawal and also to make sure that it does not turn into a terrorist base again.

However, Pakistan does not seem to be ready to facilitate the US to station itself in Pakistani bases to operate drones, like it did previously.

Pakistan Prime Minister Imran Khan, along with Foreign Minister Shah Mahmood Qureshi, has clearly refused to facilitate the US with any airbase to operate from Pakistani soil.

While Islamabad seems to be sticking to its position of not allowing the US to operate from any of its bases, US’ demand continues to push the Pakistani military, intelligence and diplomatic channels to give access to airspace and airbases, insisting that they would be used for surveillance purposes in Afghanistan only.

Pentagon was the first to announce that Pakistan had allowed the US troops to station there and use its airspace to operate surveillance drones, a claim that has been categorically rejected by the Pakistani government.

In a latest development, US National Security Adviser Jake Sullivan has confirmed that he had detailed discussions with Pakistan in the military, intelligence and diplomatic channels to make sure that Afghanistan never again becomes a base from which terrorist groups could attack the US.

“We’ve had constructive discussions in military, intelligence and diplomatic channels with Pakistan about the future of America’s capabilities to ensure that Afghanistan never again becomes a base from which al-Qaeda, ISIS or any other terrorist group can attack the United States. But in terms of the specifics, what that would look like will have to remain in those private channels as we work through them,” Sullivan said.

“What I will say, we are talking to a wide range of countries about how we build effectively over the horizon capacity both from intelligence and defense prospective to be able to suppress terrorism threat in Afghanistan,” he added.

The US has been working on exploring options to maintain military and intelligence footprint in the region to tackle a possible terrorist resurgence in Afghanistan.

It is for this that the US is seeking bases in neighbouring countries of Afghanistan where it can ensure surveillance and can also target terrorists through drones.

But Pakistani government officials have said that since the US does not enjoy the kind of leverage it did in the past, it cannot force Pakistan.

“The US has long suspended military and security assistance as well as the Coalition Support Fund (CSP). In the past, the US did use this as a bargaining chip. Now, the US is left with fewer options such as keeping Pakistan in the FATF grey list. Rest, it has no option,” a Pakistan government official said.