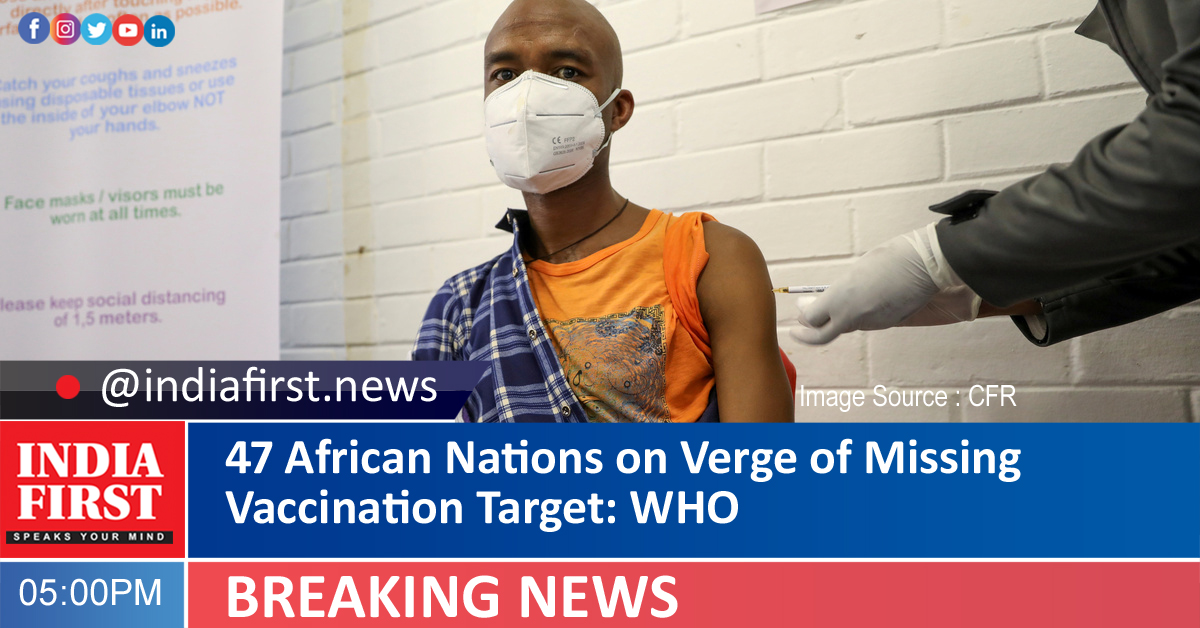 Nine out of ten African countries could miss the target of vaccinating 10 per cent of their population against Covid-19 by September, dimming hopes of containing the pandemic in the continent, according to a World Health Organization (WHO) official.

Matshidiso Moeti, WHO regional director for Africa, said yesterday that nearly 90 per cent or 47 out of 54 African countries are off-track in terms of inoculating 10 per cent of their population against the virus in the next three months even as they grapple with surging infections, Xinhua reported.

“As we close in on five million cases and the third wave in Africa looms, many of our most vulnerable people remain dangerously exposed to COVID-19,” Moeti said in a statement.

Statistics from African Center for Disease Control and Prevention (Africa CDC) indicate the continent had acquired 54.9 million vaccine doses and administered 35.9 million as of June 7.

According to Africa CDC, the top five African countries that have led in COVID-19 vaccination include Morocco, Egypt, Nigeria, Ethiopia and South Africa.

Moeti said that Africa required 225 million doses to achieve the 10 percent vaccination target, adding that the continent is banking on donations and replenishing the COVAX facility to ramp up inoculation targeting high-risk groups.

According to WHO, 20 countries in Africa have used less than 50 percent of vaccine doses they received under the COVAX facility while 12 have more than 10 percent of AstraZeneca doses at risk of expiry by the end of August.

“We need to ensure that the vaccines that we have are not wasted because every dose is precious,” said Moeti, adding that some African countries have registered success in vaccine roll-out amid sound planning.