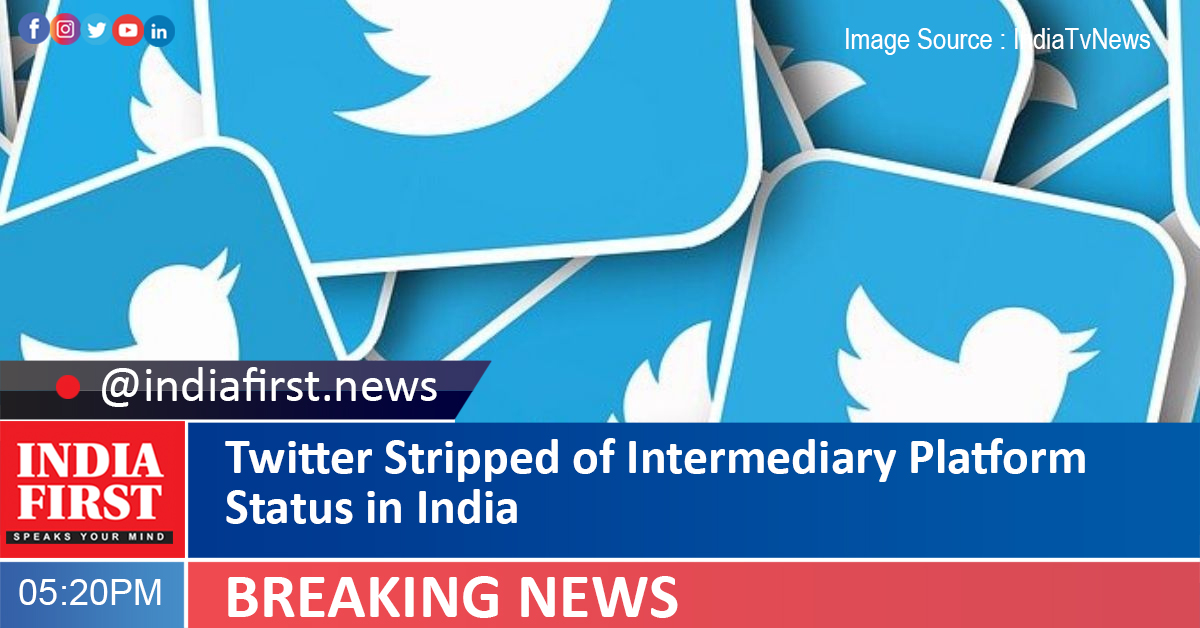 Social media platform Twitter has lost its status of intermediary platform in India over non-compliance to the new intermediary guidelines.

As a result of the development, the company has lost its legal shield in the country from prosecution over posts.

“Twitter has lost its status as intermediary platform in India as it has not complied with new guidelines,” an official source said.

Further, in a series of Tweets, Union Electronics and IT Minister Ravi Shankar Prasad said that there are numerous queries arising as to whether Twitter is entitled to safe harbour provision.

“However, the simple fact of the matter is that Twitter has failed to comply with the Intermediary Guidelines that came into effect from the 26th of May,” he added.

Yesterday, the micro-blogging platform said that it has appointed an interim Chief Compliance Officer, the details of which would be soon shared with the IT Ministry directly.

On the row over an alleged fake video in Uttar Pradesh, the minister said: “What happened in UP was illustrative of Twitter’s arbitrariness in fighting fake news.”

He was of the view that while Twitter has been overenthusiastic about its fact-checking mechanism, it’s failure to act in multiple cases like UP is perplexing and indicates its inconsistency in fighting misinformation.