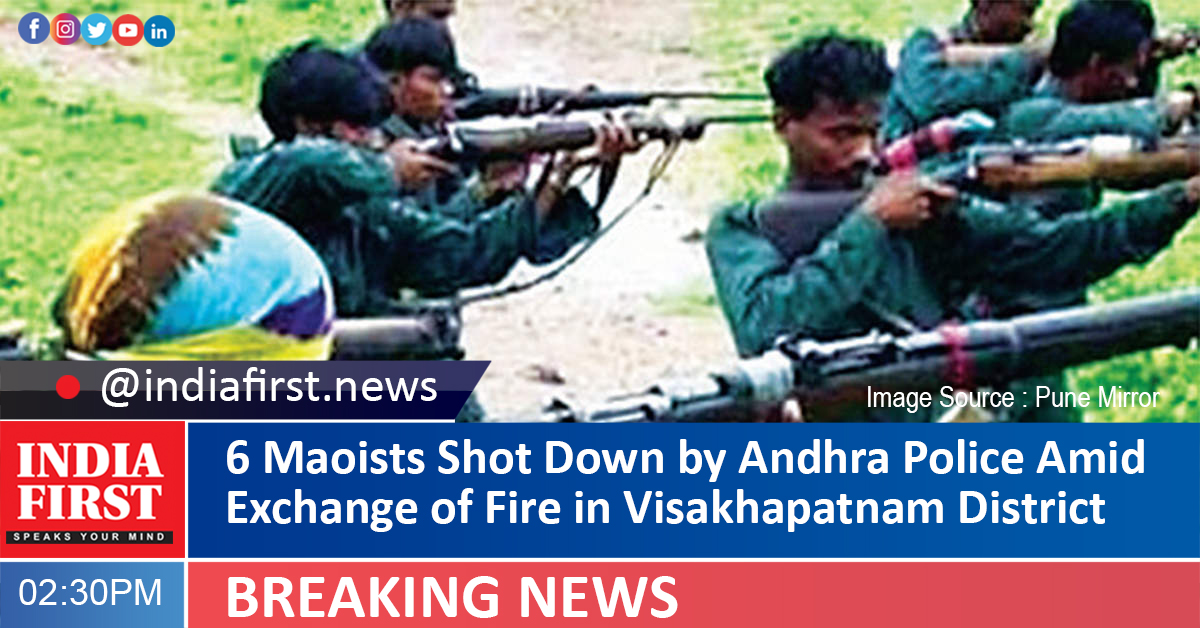 “On (receiving) reliable information on the movement of Maoists in the Teegalametta forest area under the Mampa police station limits, a combing operation was launched to apprehend the extremists,” said a police officer.

The exchange of fire between the police and the Maoists took place at around 10 a.m., leading to the death of the six Maoists.

The police have identified the slain Maoists as Arjun (DCM), Ashok (DCM), Santu Nachika (ACM), Lalita (PM), Paike (PM), while one female Maoist could not be identified.

“Few Maoists with injuries seem to have escaped despite the police appealing to them to surrender assuring best possible medical treatment,” the officer said.

Visakhapatnam district Superintendent of Police, B. Krishna Rao, also appealed to the Maoists to surrender, promising all benefits as per the existing policy.

The encounter occurred under the police station limits of Mampa, surrounding the Koyyuru area, and a search operation is under way.

The police recovered an AK-47 rifle, a self-loading rifle, one carbine, along with literature, kit bags and explosive materials from the site of the operation.